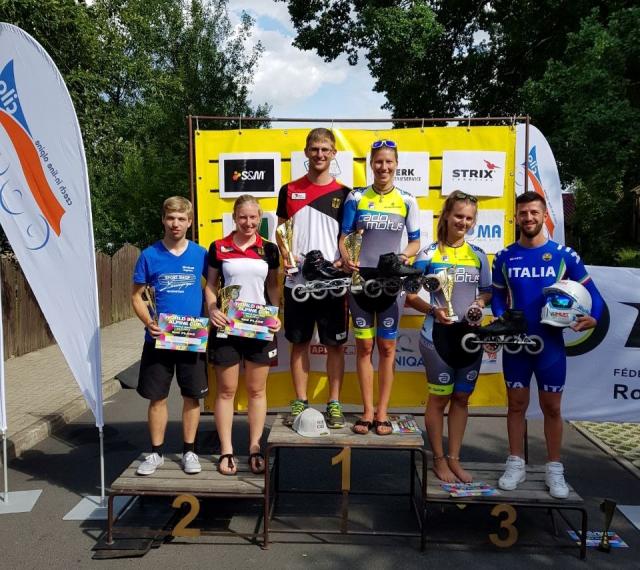 The last worldcup was in Jirkov (CZE). The track was not new to our athletes because many worldcups were held at the exact same location in the past. The weather was nice and a bit hot. Overall, good conditions for a race.

In womens category it was an extremely close race between the first and second place. After the first run Wittmann Claudia (GER) got the fastest time. However, Wanzke Ann-Krystina (GER) took the lead in the second run, leaving Wittmann behind her with only 3 hundredth of a second. Third got Seitz Marina (GER).
The competition in the mens category was also an exciting race. As final results, Walz Marco (GER) got first. Bertsch Joerg (GER) got second and Losio Christian (ITA) took the third place.
The next worldcup will be in Villablino (ESP) at 9th of August. Also the European championships in slalom and parallel slalom will take place there. Last year the world championships took were held at the same location, so we can expect a great race event again!