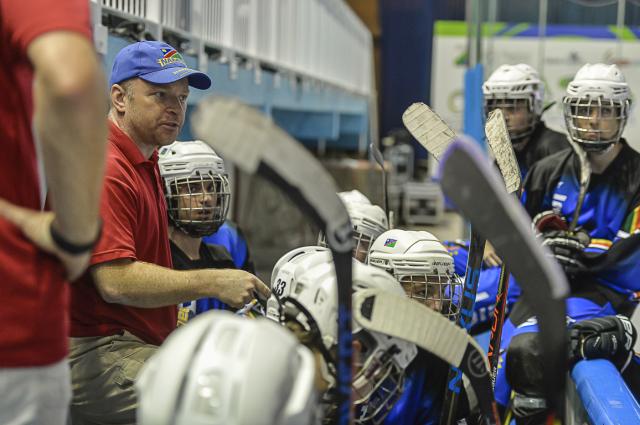 Excitement builds as the men wrap up their preliminary group matches, and set the stage for a dramatic play-off, it's Quarter-finals day 1 at the World Championships of Inline Hockey!

The group stages of the championships were completed in dramatic fashion, as teams from all pools vied for their place in the finals, and the newly commissioned “World Skate Cup”.

Some great match-ups provided an early taster of whats on offer on the finals. Big wins for Poland over Mexico and Namibia narrowly beating Argentina by one. Latvia, Chinese Taipei and Germany completed their opening rounds with wins as well, setting the stage for qualification, and a chance to play for the World Skate Cup in the bottom half of the finals.

Up at the top, The Czech Republic narrowly beat Spain 2-1 in overtime, which set up a tasty feature in the Quarters between Spain and France, who dramatically beat the mighty Canadians in a controversial and hard fought match, winning in OT themselves 4-3. The Canadians remain at the top of the group, but were shown to have some vulnerability in their game.

Italy lost to Slovakia in a heartbreaking shootout, which the Slovakians could sympathise with, having lost similarly earlier in the groups. This set up a feisty affair, underway as we write, between the host nation and the almost hosts, Colombia. This is a big game for both, as Italy will be very keen to progress further at home, and Colombia representing the hopes of all of South America for a team in the big final. An even spicier match late this evening between the Bohemian cousins and favourite rivals Czech republic and Slovakia will not fail to excite inline hockey fans everywhere. Expect fireworks in that match tonight, live on WSTV.