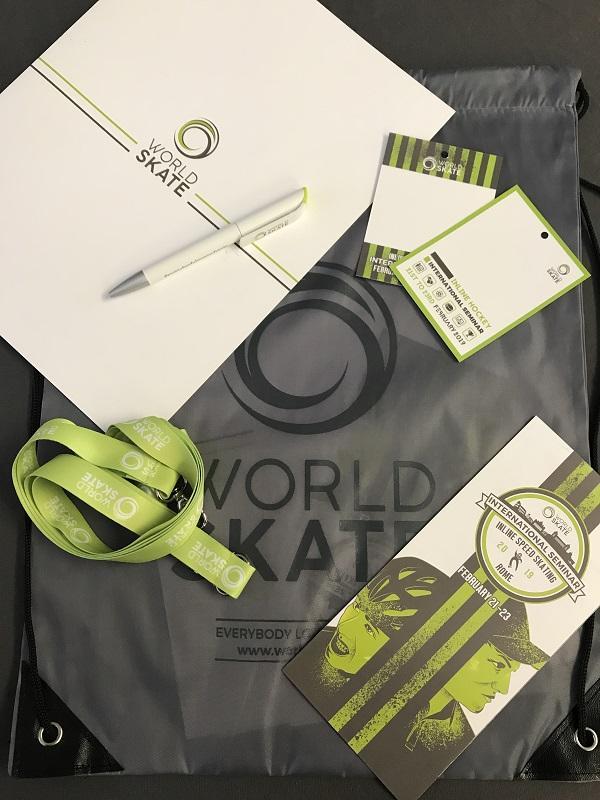 It was the first day for the coaches, judges and referees who reached Rome for a demanding long weekend: the participants will have access to 60 workshop - 30 for inline speed skating and 30 for inline hockey in a closely spaced succession of speeches, round tables, examinations and rink sessions will make such a thick agenda from thursday to sunday.

Roberto Marotta, World Skate Secretary General, welcomed the 250 delegates from 51 Countries and announced that, in the meantime, in Paris, one more step towards a fully Olympic recognition was being done as the Organizing Committee for Paris 2024 was declaring the proposal of skateboarding as one of the 4 sports they should like to have in the Games programme: a huge step towards Paris that should be confirmed in the next months by the IOC.

After the official welcome, the delegates threw themselves in the workshops till the end of the day.

Jorge Roldan, World Skate Speed Technical Commission Chairman, said: "It's great to see how much all these coaches and judges are so passionate. They seemed to be very focused on all the topics we touched today. Most of all they paid great attention to the World Skate Academy project: World Skate will invest time and resources in the Academy as it will be the place where we will consolidate and expand potential skaters target. It's very important for us to keep on teaching and involving kids in all our disciplines".