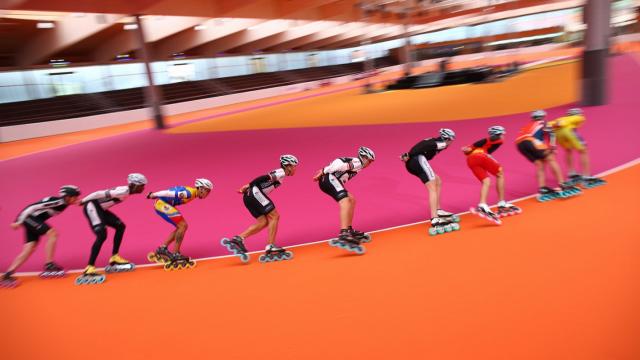 The cycle/system durlfex® 101 sp roller professional, conceived, studied and realized directly and exclusively by Vesmaco, was first introduced to the world at the Inline Speed Skating World Championships in L’Aquila – Italy in 2004. It was very successful among the athletes of the 40 participating countries, triggering a strong demand to the respective Federations for “tracks such as the one in L’Aquila”. Since then, many World Skate World Championships have been done on a Vesmaco surface and, during the years, it has always stood for high quality and continuous innovation.

Vesmaco, founded in 1966, has become the leading international manufacturer of synthetic coatings for sports and civil use, for both concrete and asphalt supports.

A reality that, thanks to the genius of its founder Romano Maria Cacciani, has distinguished itself all over the world. Today, led by Claudia Cacciani, Vesmaco confirms its innovative nature always aimed at improving its goals.