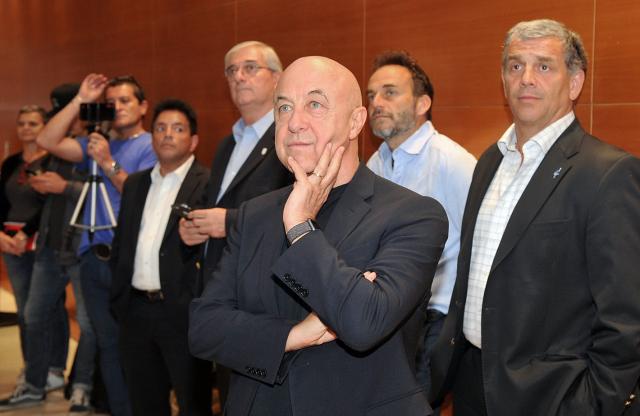 The first meeting for World Skate Games Argentina 2021 ended with the inspection visit by the World Skate delegation, led by its president, Sabatino Aracu.

The work meetings and visits to the possible competition venues were held to begin planning the first edition of World Skate Games in the American continent and the third of these games, taking as predecessors to Nanjing (China) and Barcelona (Spain) back respectively to 2017 and 2019.

President Sabatino Aracu described Argentina as “An exceptional country to celebrate the World Skate Games. We are not working for a city, we are working for Argentina.” With the vision set to organize an international sports festival, Aracu said: "We have strength, we are one team and we will work together in the same direction."

Mr. Mario Moccia, General Director of World Skate Games Argentina 2021, said: “We are not only going to organize a World Skate Games event in our country, we will also start to develop promotional events to invite children and young people who feel passion for this sport”.

With an estimated presence of 20,000 people, World Skate Games Argentina 2021 will also generate an impact of cultural, social and economic development that estimates to contribute 50/60 million dollars in sports tourism income to the country. The Argentinian Confederation (CAP) President, Daniel Ventura, the representatives of the 3 elected venues: the City of Buenos Aires Sports Secretary, Luis Lobo; the Vicente López Sports Secretary, Fabián Turnes; the Sports State Secretary of San Juan, Jorge Chica; and the Director of the Sports Agency of the Nation, Diogenes de Urquiza attended the closing press conference. Everyone agreed to express their gratitude and wish to make the next edition of World Skate Games a great success for Argentina.

On the other hand, Mr Ventura explained that the most important "is to leave Argentina 2021 in the minds and retina of young people as the best World Skate Games ever!". Mr de Urquiza concluded by stating that "we must act as one team, one family and we will make the three venues shine as one”.