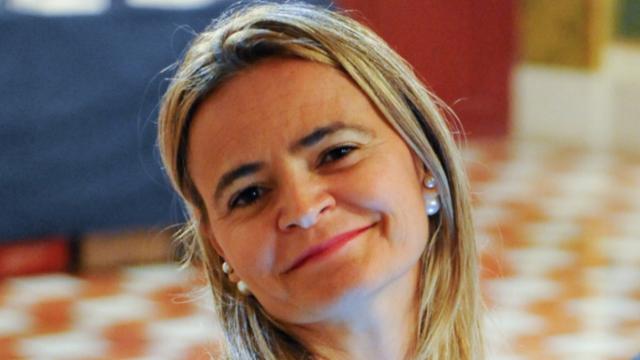 It is with a heavy heart that we announce the passing of our Vice Secretary General Laura Morandi Aracu after a long battle with cancer.

President Aracu, her beloved husband, and our whole Federation mourn the devastating loss of a loved one and an admired colleague.

Laura was indeed a woman deeply in love with her job. In 1989 she entered the Federazione Italiana Sport Rotellistici until she became its Vice Secretary General. By virtue of her international affairs experience, she started collaborating also with World Skate in 2005 as Vice Secretary General. Over the years she strongly contributed with dedication and professionalism to the modernization of the International Federation and the fulfillment of the long-cherished Olympic dream.

Besides her widely acknowledged professional merits, we would like to honour her deep sensibility and kindness, qualities that made her loved by everyone around her. Whether working on the venue or in an impromptu office, Laura attended all the major international events with a smile on her face even during the most difficult moments of her final battle. Her sincere good-heartedness and spontaneous disposition could not prevent her from sharing with friends and colleagues the most personal aspects of her illness or from manifesting her innate love for cats, to the point that she even put a feline silhouette with the caption "Life is so much better with a cat" as her profile picture!

Everyone who was fortunate enough to know her well knew one thing: apart from being timid and sweet, she was indeed a fighter. And as a fighter she fought hard and won a series of battles, except the last one, against a sneaky illness that she tried to courageously hide from her loved parents since no one should have to survive a daughter.

Laura has left us, her colleagues, so many gifts: the memories of her joyful and sharp voice in the office hallway, her smile, her friendliness and the courage and tenacity that made her fight head-on ‘til the end.

Funerals will take place on January 25 at 11 in Santa Maria in Aquiro Church in Piazza Capranica, Via della Guglia, 69B, 00186 Roma RM.