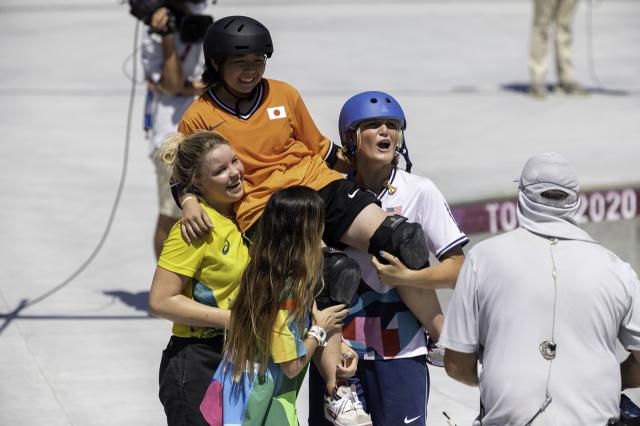 “More fans than ever connected to the Olympic Games.[…] Since the start of the Games, the Olympic digital platforms have had record breaking traffic – double the number of users during Rio 2016 on a daily basis. […] While there has been strong growth among young people – especially around skateboarding, which attracted over 700,000 web and app users in two days – there has been new interest from all age groups” Source: Olympics

By means of these data, provided by the IOC, I wish to thank all those that made it possible to turn our Olympic dream into reality in the best possible way, and even beyond expectations.

Since my election as President of this International Federation back in 2005, I have been convinced that our contribution to the Games would be overwhelming and unique, just like our world. The pathway has been intricate; we fell and got up several times, but in Tokyo we all experienced incredible emotions. Our Olympians showcased to the world a sport lived with the freshness and the purity that are distinctive of skateboarding.

These Olympic Games have been different - needless to say. So much awaited and strongly wanted as never before. These have been the Olympic Games of change for several reasons: the Agenda 2020 and the new events in the Olympic Program, the challenge imposed by the pandemic and the ability and the power to recover after a difficult year. Sports turned out to be – once again – an instrument to awaken human consciences and to achieve social aggregation.

Skateboarding represented an integral part of this change. Skaters showed their mutual support in every run and every trick irrespective of teams, gender and age. We experienced the purest example of the Olympic Spirit and of the true contribution that sports may give to the world: beyond medals, beyond scores, with the only wish to share one’s passion.

Tokyo 2020 Olympic Games are already behind of us, and we are already moving our focus to Paris: Arigato Tokyo, Bonjour Paris!

For us, however, Paris – just like Tokyo – is only one of the legs in our journey: our goal is to allow people all over the world to share the passion and the light we witnessed in these Olympic days.

And this is something for which we need to continue to work together.