We are very glad and proud to announce that IWGA has selected Bart Swings to be included in the list as a potential Athlete of the Year.

Vote for Bart Swings as IWGA Athlete of the Year 2013. Clik here to vote. 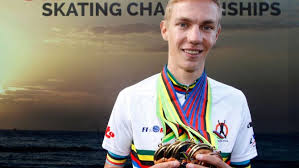