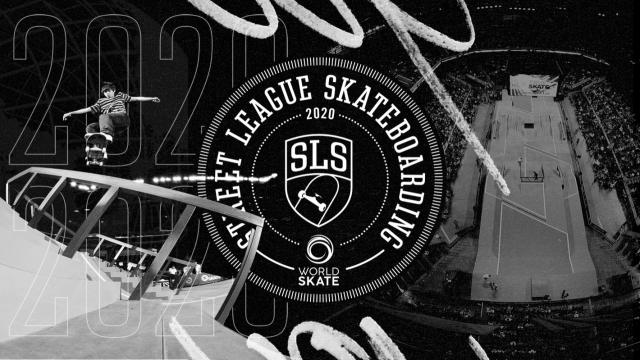 Path to Tokyo: The World Skate sanctioned series, SLS World Pro Tour, is set to be a defining contributor in Olympic qulaification.

Celebrating its first decade, the world’s premier professional skateboarding series, Street League Skateboarding (SLS), returns in its eleventh season with exciting competitions on three continents, and this year the stakes are even higher with the season leading directly to skateboarding’s inaugural Olympic debut.

As the exclusive series sanctioned by the World Skate - the IOC recognized skateboarding governing body - the 2020 World Skate Street League Skateboarding (WS SLS) World Tour will offer the best skaters in the world a global stage and highest points earning opportunities as they put it all on the line for a chance to compete at the season finale World Championship in London in May, and Olympic Games commencing in Tokyo this July.
This season will be filled with unprecedented excitement and history making moments, with podium placement at the 2020 World Championships providing skaters a straight shot into the Tokyo 2020 Summer Olympics.

The WS SLS World Tour competitions and compelling storylines are celebrated on World Skate SB social channels, as well as on SLS’ social channels, positioned inside the Top 20 for digital engagement amongst global sports properties.

The World Tour  showcases and serves the skateboarding community while inspiring the next generation, supporting its social presence with live broadcast and highlights coverage on major digital and linear platforms enjoyed by millions of fans worldwide.