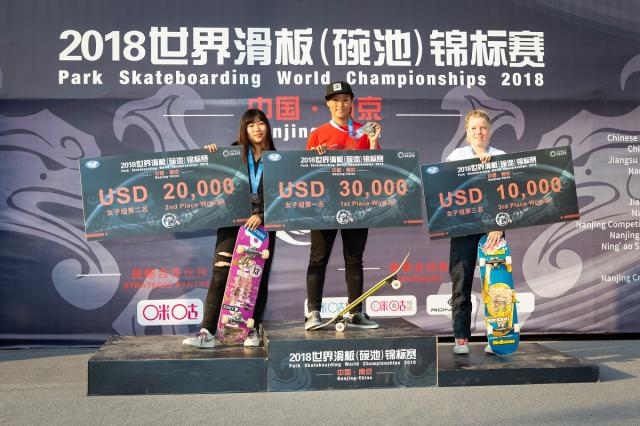 History has been made here in Nanjing, China at the first World Skate Women’s Park Skateboarding World Championships. 42 women from 18 countries battled it out on the beautiful new Olympic-certified park terrain skatepark at Fish-mouth Wetlands in Nanjing. After two fierce days of competition, Sakura Yosozumi of Japan skated her way to the title of 2018 World Skate Women’s Park Skateboarding World Champion.

Yosozumi’s combination of smooth airs and technical lip tricks put her solidly above the field. She landed a backside noseblunt revert to cap off her first-place performance amongst the best female park skateboarders in the world. Fellow Japanese competitor, Kisa Nakamura, put down her clean and powerful second place run early, but just couldn’t quite add her final step-up trick in order to mount a serious challenge to Yosozumi. Rounding out the podium was Australia’s Poppy Starr Olsen. Olsen went into her fourth and final run well down in the standings. Cheered on with shouts of, “Aussie, Aussie, Aussie, oi, oi, oi!” she buckled down and completed her full run much to the delight of the large contingent of Aussies here in Nanjing.

With the results of this World Championship event creating the first iteration of the World Skateboarding Rankings, which will determine seeding for Olympic Qualifying beginning in January, Japan put the skateboarding world on notice this week. Including the new World Champion Sakura Yosozumi, half the finals field in the World Championships were Japanese women, including powerhouse Kisa Nakamura who finished 2nd and two incredibly talented newcomers to the international scene; 12-year old Misugu Okamoto who finished in 5th place and 10-year old Kokona Hiraki who placed 7th. Hiraki won the Vans Park Series Asian Continental Championship earlier this year in Singapore earning herself a spot in the VPS Finals last week in Suzhou, China. She parlayed her 7th place finish in Suzhou into a spot in the semi-finals here in Nanjing along with the rest of the top 8 finalists from the VPS Finals including Jordyn Barratt from the United States who finished in 4th place.

The women’s finals capped off two incredible days of competition here in Nanjing. Then, with the contest over, the awards ceremony and men’s practice underway, young Misugu Okamoto demonstrated the true spirit of skateboarding.

Okamoto had tried to land a backside 360 air over the jump-box during her run to no avail. With no points on the line and nothing to be gained but her own personal satisfaction, she battled the trick that had evaded her during the competition. Over and over she tried and failed, and despite taking a few hard slams, each and every time she picked herself up and climbed out of the 10 foot deep bowl, even more determined to land her trick. With the crowd urging her on and the male skaters clearing the way for her continued attempts during their practice time, she dropped in and carved the course as fast as she could, launched into the air grabbing her board backside, spinning a huge 360 over the jump-box, putting all four wheels down and rolling away. She immediately threw her arms into the air and screamed with joy, unable to contain the elation of completing something for the first time that she knew, despite the repeated failures, that she was capable of doing. As the skaters on the deck lifted her into the air and the venue exploded with claps, screams, and whistles, the smile on her face needed no translation. Passion and perseverance, fun and freedom of expression, creativity and innovation, competition and joy are the heart of skateboarding and all were on full display here in Nanjing during the 2018 World Skate Park Skateboarding World Championships. 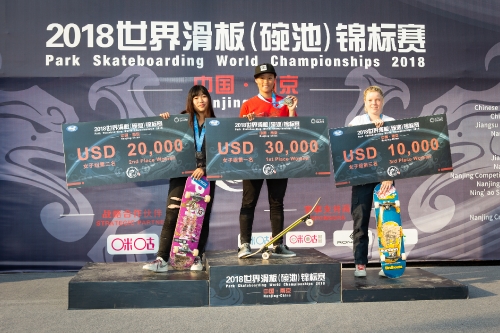 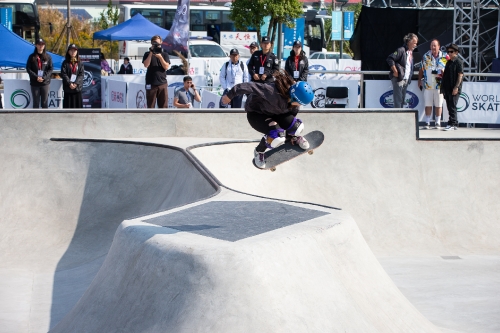 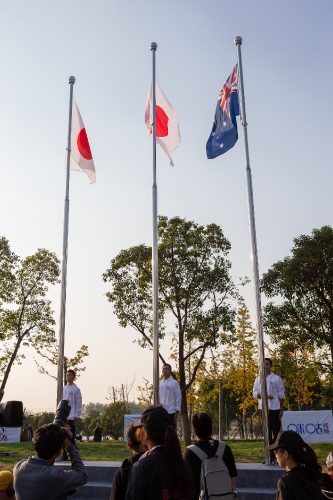 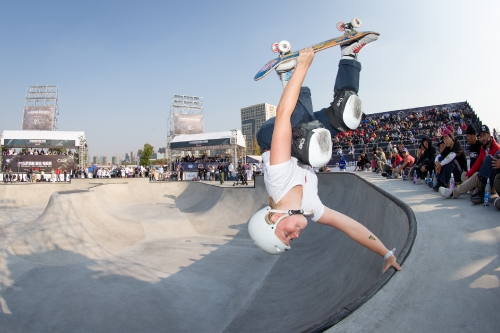 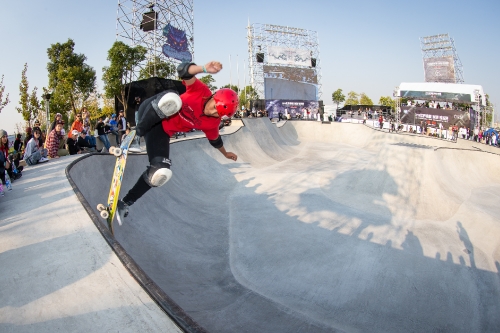 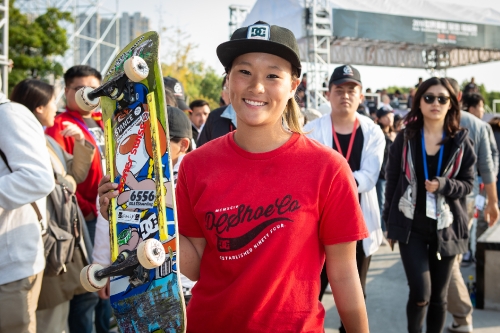 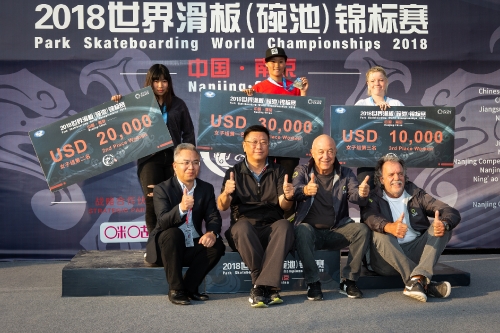