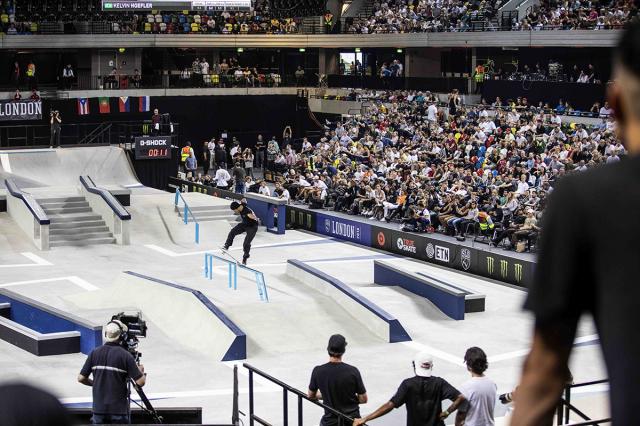 With skateboarding’s debut in the Tokyo Olympics a little over a year away, the best street skaters in the world will gather for the start of the official Olympic Qualification process in London at the season opener of the 2019 World Skate/SLS World Tour at Copper Box Arena on May 26th and 27th.

The 2019 World Skate/SLS World Tour includes the newly introduced Global Open Qualifier, which provides unranked National Team skaters (3 men and 3 women per country) the chance to compete alongside the world’s top-ranked skaters for the prestige of an SLS title and premium points in the World Skate Olympic Rankings.

Among the SLS Pros slated to compete is USA’s Nyjah Huston, who is fresh off his return to the podium at the 2018 World Skate/SLS World Championships. In London, Huston will contend with other top skaters, including Kelvin Hoefler (BRA), Felipe Gustavo (BRA), Aurélien Giraud (FRA), and last year’s London winner Yuto Horigome (JPN), among others.

National Governing Bodies from every continent are expected to send teams to compete in London and have until May 5th to register. Those interested can find more information here.

In additional to the support of the Mayor of London, the GLA and UK Sports, long-time tour partners Monster Energy, Beats by Dre, G-Shock and Tech Deck return to the 2019 World Skate/SLS World Tour.

Last year’s SLS Pro Open Final was a sellout and a limited number of seats remain available for dedicated skate fans, including exclusive weekend passes which give access to the closed practice day. Visit here for more information on tickets and special discounts for London

For more news and information about Street League Skateboarding or the 2019 World Skate/SLS World Tour, go to streetleague.com. For information regarding the Olympic Qualification System click here.