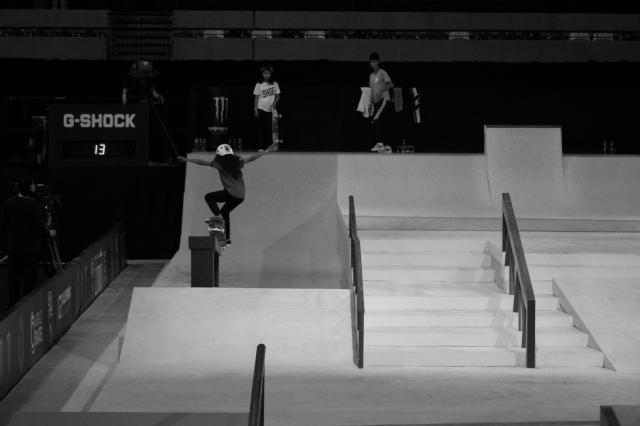 With the men quarter final and the women semi final, we just reached the final phase of the first Olympic qualifying event of street skateboarding season #01.

The Japanese guy, Sora Shirai made the cut from the Open Qualifier to the Semi final.
In the women competition, the Brasilian Jhulia Mendes Leal, the youngest skater on the course, won a spot in the final: here we can see the true future of skateboarding. We got a foretaste of what's to come tomorrow, with the quick cut ad thrust of the best tricks by Aori Nishimura and Leticia Bufoni: the two of them were in fact protagonist of a similar tit-for-tat in Rio during the 2018 World Championships.