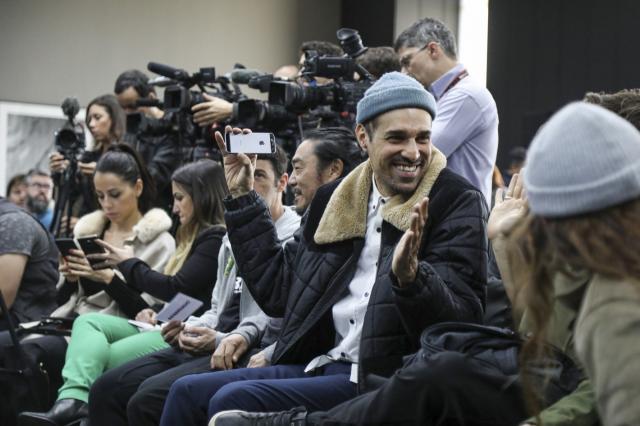 World Skate announces the 2019 World Park Skateboarding Championships taking place in São Paulo – Brazil – on next September from the 10th to the 15th. The world’s main park skateboarding competition in 2019 will be organized by the Brazilian Skateboarding Federation (CBSk) and the Skate Total Urbe (STU) platform in partnership with Oi.

The World Championships will be host in the city of São Paulo from the 10th to the 15th of September 2019 and will gather the top 200 elite skateboarding athletes from around the world competing in two categories: male and female. With the spotlight on this top level event, Brazil is going to consolidate itself as a main player in the world skateboarding scene. The World Skate Park Skateboarding World Championship is the most important competition of its kind in 2019, awarding 80,000 points to the winners, in other words, the maximum available points that qualifies to the Tokyo 2020 games.

The event is set to take place in the Cândido Portinari State Park and it will bi with free entrance. There will be a vast selection of urban culture activities such as music, art, fashion and gastronomy. In other words, the essence of STU, attracting the eyes of the world to the capital city of São Paulo.

World Skate President, Sabatino Aracu: “We are confident that these Worlds will be a great success and will close the Olympic qualifying Season #1 for Park skateboarding in the best way possible. Brazil is one of the key country in the skateboarding development and being able to stay so close to the top level skaters will be absolutely inspiring for the Brazilian youth.”

“Since we started our path leading CBSk, we have been working hard in favor of the Brazilian skateboarding community. The first Brazilian park and street tours, the first national skateboarding team and the Street League competition in Rio are some of the many advancements we achieved. The World Skate Park Skateboarding World Championship is another example of our achievements and it shows the trust that World Skate has in us. Our athletes have always been amongst the best in the world and now we reaffirm our fight to achieve the same excellency in structuring the sport in Brazil”, says Eduardo Musa, CBSk’s Vice President.

“The Brazilian skateboarding is steadily growing. Last year for the first time we had our national tour and this year we will host the world’s most important competition in 2019. This shows the potential that skateboarding has not only in Brazil, but the world. I’m sure that the world’s best athletes will be in the course, which only fortifies the skateboarding scene. An event like this one inspires youngsters to start skateboarding, creates a buzz in the city, improves our level in the sport and creates unforgettable memories! There will be the highest quality skateboarding for sure! With the warmth and energy that the Brazilian crowd generates in the stands, it will for sure elevate the level of any skateboarder”! said Pedro Barros, the reigning skate park world champion.

Yndiara Asp, one of Brazil’s biggest names in skate park, valued one more opportunity to see women’s skateboarding growth. “Female skateboarding is improving a lot, there are many more women skateboarding these days. I hope that this competition can encourage more people to skateboard and that it elevates even more Brazilian skateboarding. Until the competition begins, there will be many other events, it will be a big year for us and when the time comes in September we will be ready for the most important competition in the world! I already know the course and it is for sure one of the best courses in the country, so be ready for our energy and skateboarding soul! “said Yndiara.

Oi’s sponsorship manager Bruno Carmona enforced the importance of skateboarding inside all the sports that Oi Supports: “Sponsoring sports is an important pillar inside the marketing strategy of the company. We sponsor a lot of skateboarding events in Brazil and we couldn’t miss out on one of the most important competitions in the world that awards to the winner the maximum number of points that qualifies to the Olympics. Today, skateboarding is one of the most practiced sports in Brazil, uniting people from every background and all ages and because it is such a democratic sport, it directly connects the city with its population, which is one of our company’s objectives”.

The World Skate Park Skateboarding World Championship is presented by Oi and counts with the support of the Skate Total Urbe platform. The event also counts with the institutional support of the State of São Paulo, the Sports Secretariat of the State of São Paulo and the Brazilian Olympic Committee (COB). The execution of the event is guaranteed by the Brazilian Skateboarding Federation (CBSk) and Rio de Negócios.