Curtain up on the second Artistic Skating World Cup semifinal 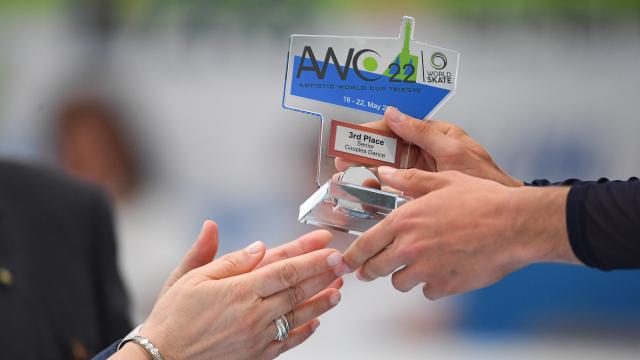 The first World Artistic Cup semifinal is a wrap and the curtain already goes up on the second stop in Paredes from May 30th to June 4th.

At World Skate, we are quite happy with the overall feelings on the Cup: the artistic skating community seeemed to be really enthusiastic about the debut of this brand new competition and looking forward to more amazing moments in the next steps.

Nicola Genchi, World Skate Technical Chairman, said: "For the world cup semifinal in Trieste the number of entries exceeded our expectations. The majority of performances were at or above expected level. Overall the officials demonstrated a high level of competence and understanding of the technical rules. Their positive attitudes have helped the fluency of the competition and professionalism of the event."

This first step was surely a succes and not only from a technical point of view, as thousands of aficionados worldwide followed the competitions live on World Skate tv and shared event-related contents on social media.

Last but not the least, we are glat to present the Artistic Skating World Skate Ranking that will introduce new rules from the 2023 World Championships onward: it will define both the skating orders and number of the athletes for each National team, going to be tested in 2022 starting from the World Cup.