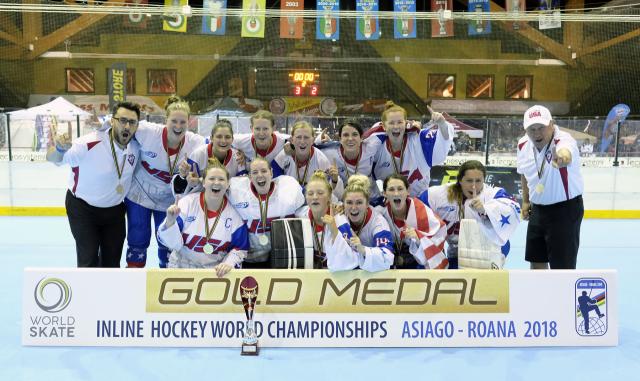 Final matches in Asiago for the Senior Women and Junior Men tournaments closed this first inline hockey week in the Altopiano. Today also the Junior Women and Senior Men delegation arrived in Asiago for the Opening Ceremony: their competitions will start tomorrow morning and the debuting matches will be JW Spain-Great Britain in Roana and SM USA-China in Asiago at 8.00am.

Sold out in the Hodegart since there were both the Senior Women and Junior Men Finals but, before the matches, the audience had the opportunity to enjoy the Opening Ceremony. The delegations parade and the authorities greetings introduced the show: the artists Letizia Lunardi and Emanuele Baù read abstracts from "Lettere contro la Guerra" by Tiziano Terzani whilst the Artistic Pair World Champions Rebecca Tarlazzi and Luca Lucaroni performed on the music of Image and Zombie; the Show Group APAM closed the ceremony. "Viewed from the perspective of the future, these are days in which it's still possible to do something. Let's do it! So have a good journey – outside as well as inside!": with these words the rink was left to the "Azzurrini" against the USA for the JM Gold Medal.

The referee whistled and it was time to play the best hockey ever for both the teams: For the second time the Italian Junior Men were in the run for the Gold; two years ago the Czech Republic broke their dreams here in Asiago so they entered the rink with the right winning attitude. During the first phase of the tournament the Americans seemed not to be so brilliant, having closed the pools with one victory and two ties and a low profile, but since the quarters their game became tougher, quicker and more and more technical.
The first period was intense and highly balanced: both the teams pushed hardly and defended their own area even when the rivals were in power play.
Back from the second time, a great action by the Americans unblocked the score: the goal by Chase Jeffrey Edwards on assist by Christian Robel Acosta cleared the ground for the Americans and, even though the Azzurrini tried to come back, USA doubled few minutes later with a goal by Derek Joseph Le on assist by Cody Curtis Vadeboncoeur. Italy did not give up and built many actions and opportunities but USA were unstoppable and it was absolutely their match: the final score 6-2 delivered the Gold to USA.

At 9pm, the USA girls tried to double their Stars-And-Stripes colleagues result and to defend the title conquered in 2017 in Nanjing; Czech Republic won all the matches played in this tournament and had already beaten USA 5-1 in the pool phase: so the expectation were quite high and the match satisfied the audience attending in the arena. USA unblocked the score with a goal by Celeste Michelle Loyatho on the assist by Kendall Lauren Curtis. The Czech tied thanks to Kristyna Kaltounkova on assist by Katerina Pipkova and, one second before the end of the first time, Kaltounkova doubled on assist by Karolina Kovarova. Back to the rink, Brooke Ann Bryant tied and Elisa Pogu scored the american advantage: They made it and it's Gold again for USA.

In the Bronze medal matches, the Spaniard furies overwhelmed both France and Canada and doubled the Bronze. 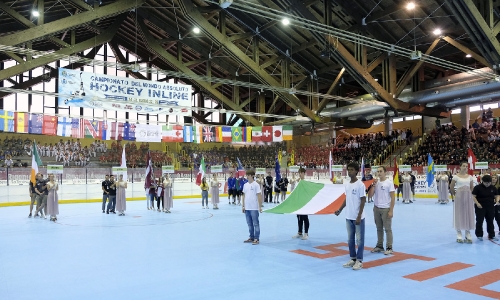 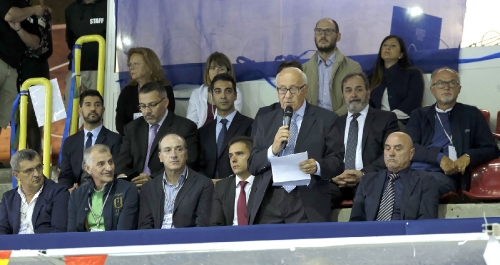 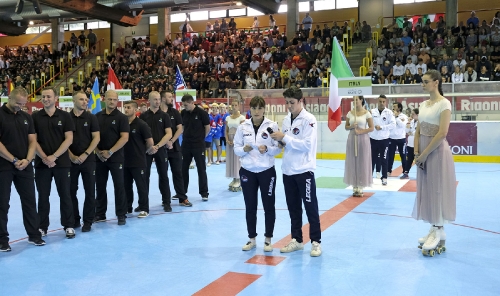 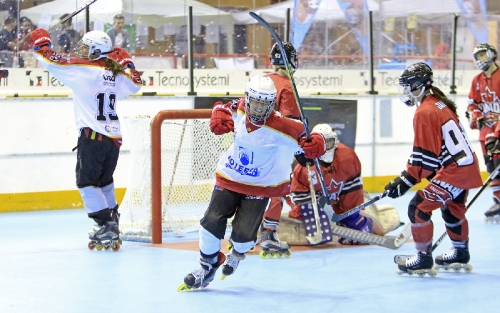 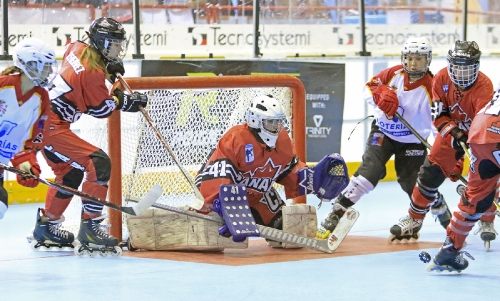 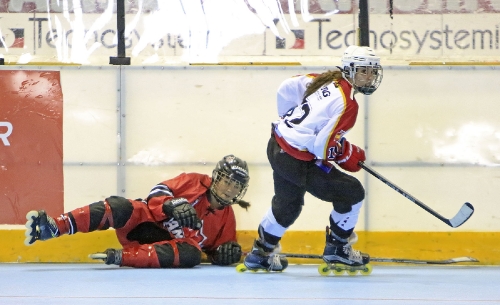 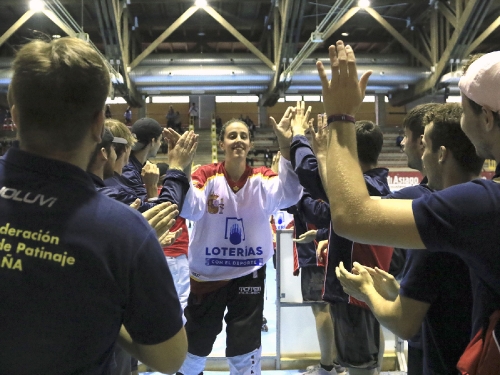 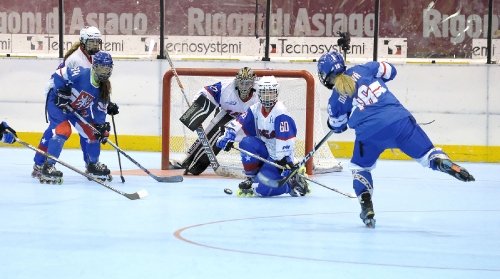 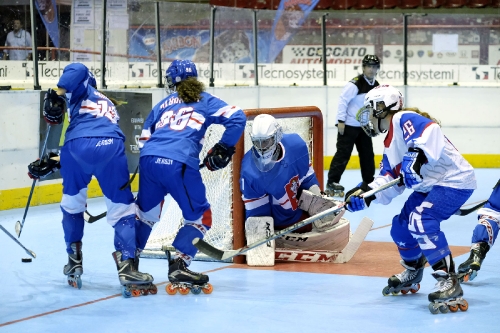 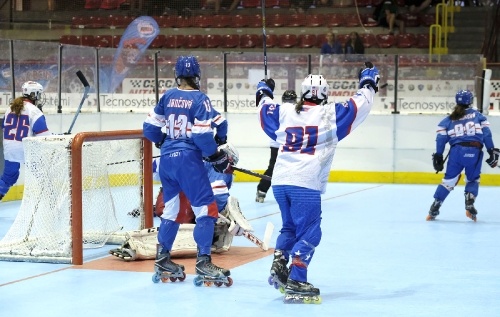 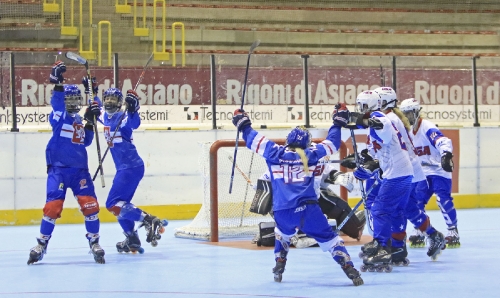 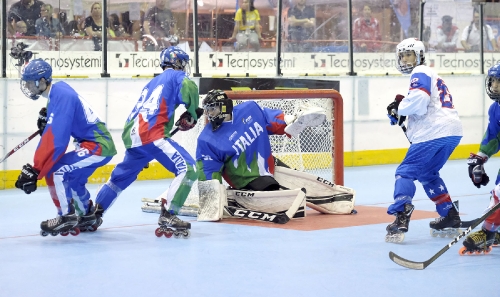 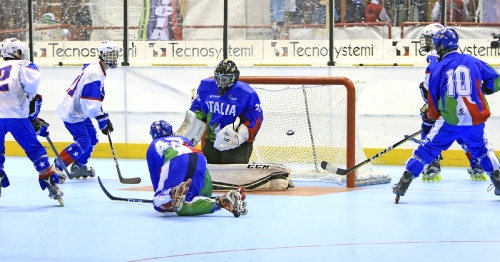 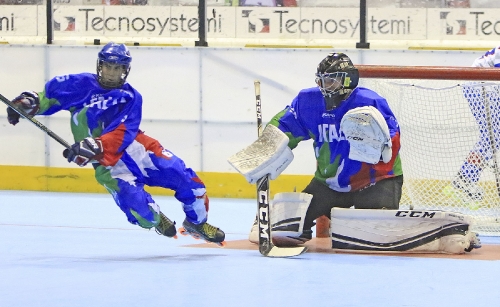 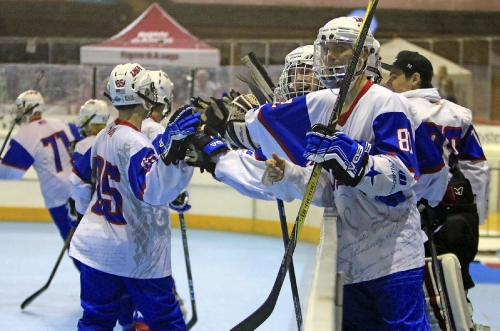 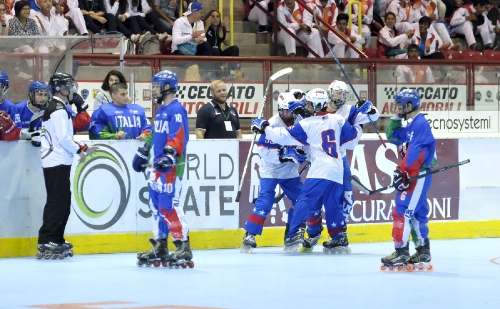 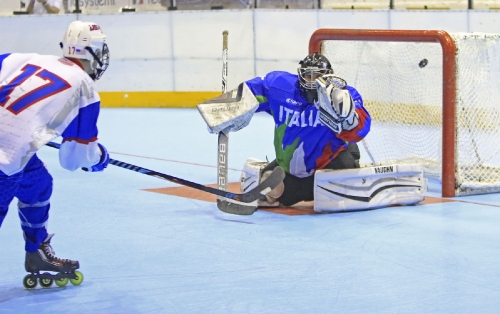 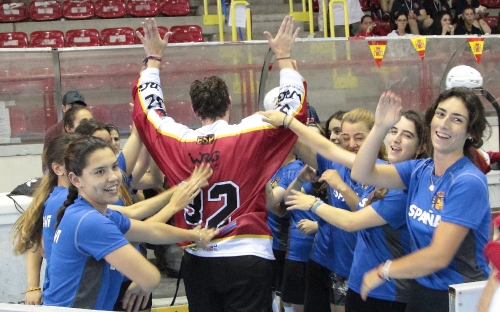 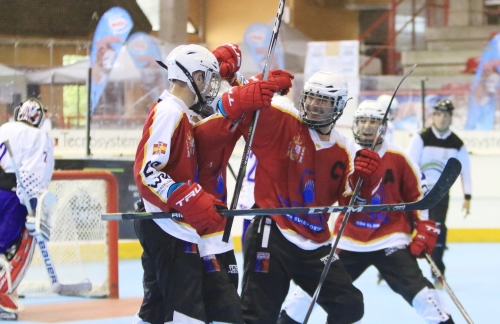 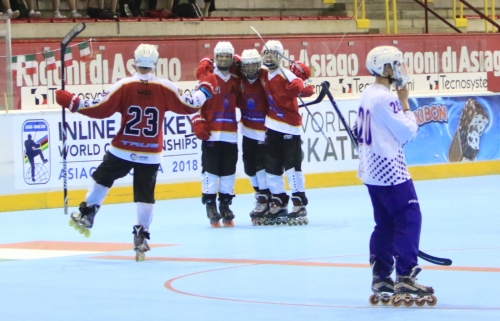 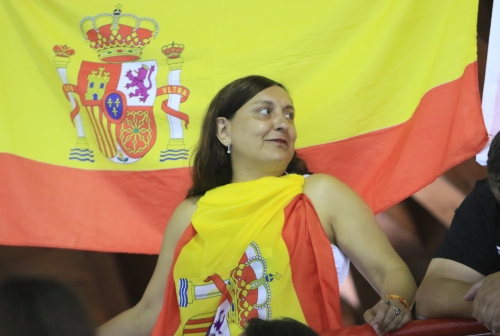