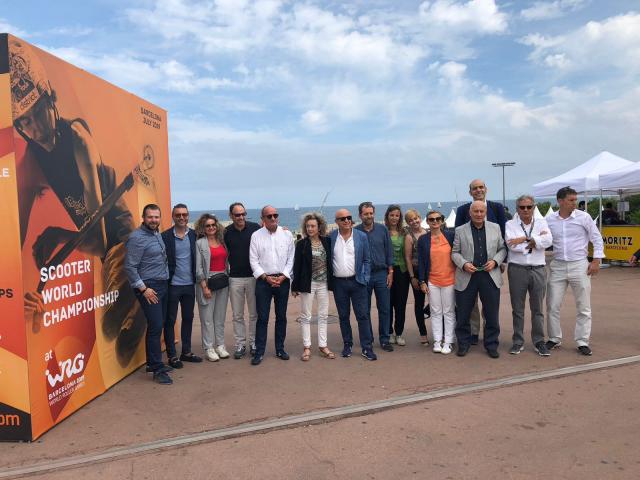 A distinguished delegation of World Skate has spent three days in Barcelona on a technical visit with just over a year remaining for the celebration of the WRG Barcelona.

World Skate President, Sabatino Aracu: “The final year is conclusive and decisive. We are strongly working towards the right direction.”

Marta Carranza, Sports Commissioner of the Barcelona City Council: “Barcelona already has a base for the practice of small wheel sports. Entities, clubs, practitioners, events... It all counts when adding it to the WRG to make these championships a major sporting and civic event.”

Barcelona, 20 June 2018: A World Skate delegation headed by its President, Sabatino Aracu, has spent three days in Barcelona on a technical visit with just over a year remaining for the celebration of the WRG Barcelona 2019. Representing the WRG, the visit was led by the President of the Organising Committee and Royal Spanish Roller Sports Federation, Carmelo Paniagua, and President of the Executive Committee and Catalan Roller Sports Federation, Ramón Basiana.

The World Skate members arrived in Barcelona on Sunday and witnessed first-hand the finals of imaginExtreme Barcelona, where they followed the unfolding of three sports that will also feature in the World Roller Games 2019: scooter, skateboard and roller freestyle. Sabatino Aracu then had a meeting with the Sports Commissioner of the Barcelona City Council, Marta Carranza. 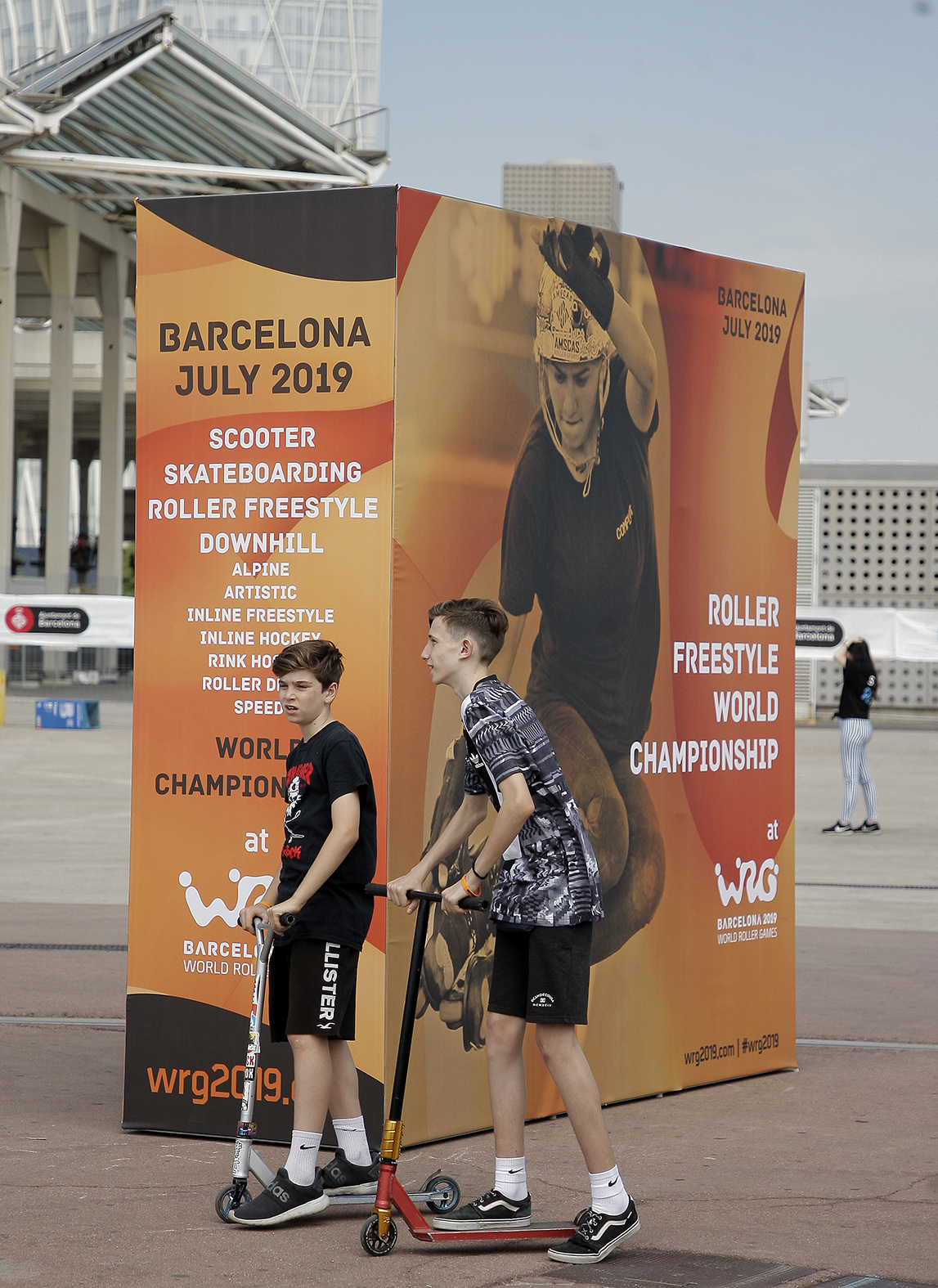 Monday was filled by technical meetings and report presentations, while on Tuesday the action moved to the venues, with a visit to the Montjuïc Olympic Ring facilities. 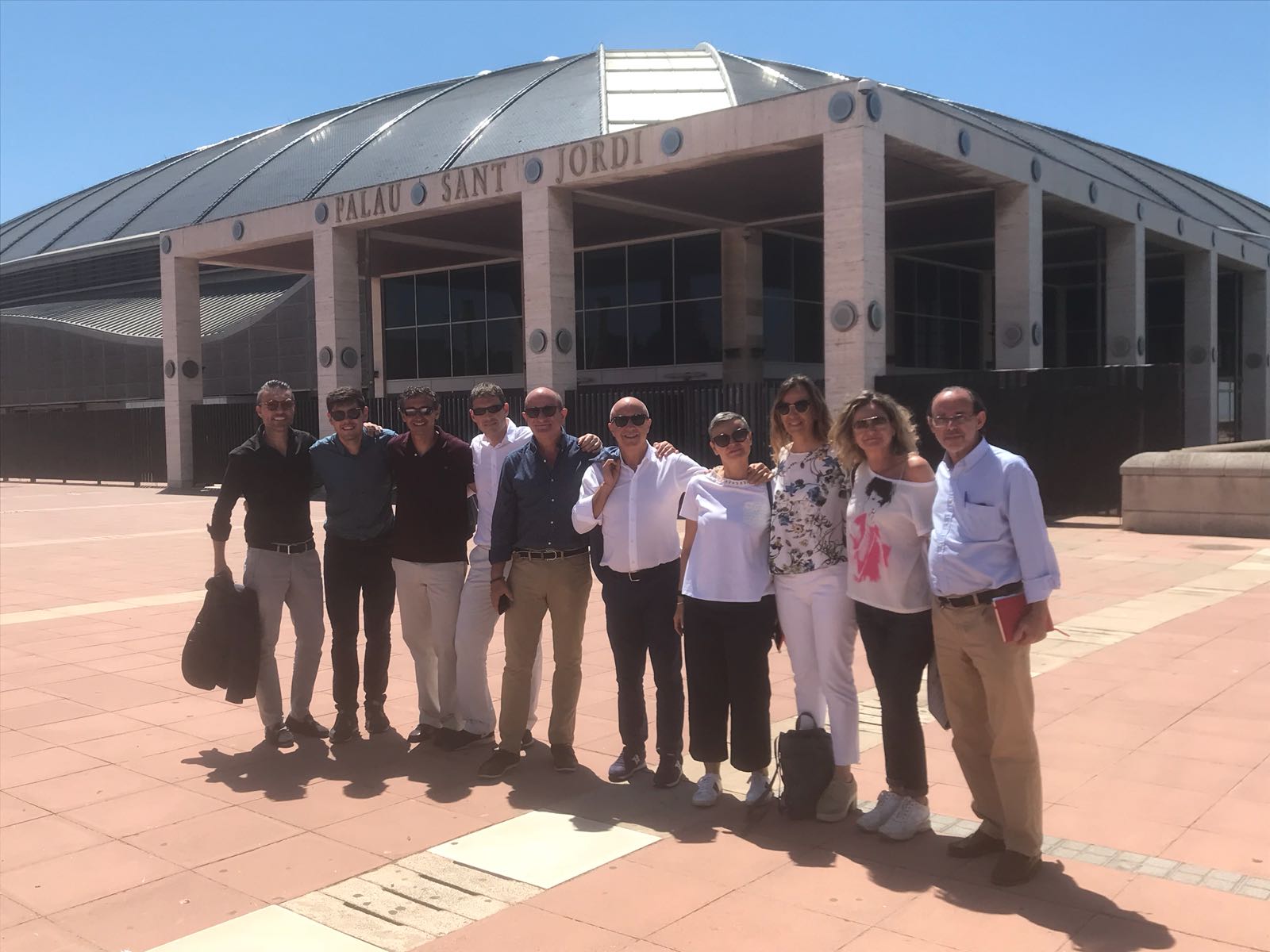 Sabatino Aracu thought that these facilities were “fantastic” and stressed that “Barcelona is a great city”. The World Skate President said he would leave with “an excellent impression” of his visit and claimed that “the WRG Organising Committee has worked hard to achieve great progress with the project”.

Aracu also noted that “the final year is conclusive and decisive” and expressed his full confidence in the collective labour being carried out by the institutions, Organising Committee and international federation. “We will strongly work together in the best direction,” said the World Skate President.

World Skate Director of Operations Elisabetta Mariani was equally satisfied and said that “the assessment of the meetings has been very positive. The team is working hand-in-hand and very intensively in the direction that we expect,” she added.

Marta Carranza, Sports Commissioner of the Barcelona City Council, emphasised the city’s roller sports culture: “Barcelona already has a solid base when it comes to practicing small wheel sports. Entities, clubs, practitioners, a network of urban sports parks... events in the city’s sports calendar such as Roda Barcelona and imaginExtreme Barcelona. It all counts when adding it to the World Roller Games Barcelona 2019 to make these championships a major sporting and civic event.”

Carmelo Paniagua: “We are working to make the WRG a truly excellent event”
For his part, the President of the Organising Committee and Royal Spanish Roller Sports Federation, Carmelo Paniagua, highlighted the importance of the visit “in order to identify and resolve pending issues in the direction of WRG development” and appreciated the intense work being carried out over the past few days: “It has been very positive. Many issues have been resolved both during the meetings and visits to the facilities, such as venues, schedule of disciplines, competition systems and team numbers. As for the setting itself, the conclusions are unbeatable according to what we have seen of Barcelona. It is the ideal city for this event. We also paid a visit to imaginExtreme, where we saw the finals of scooter, which is a new official RFEP discipline and will also become a new official World Skate discipline. Now we simply have to continue working to make the WRG a truly excellent event.”

Conclusions that were echoed by the President of the Executive Committee and Catalan Roller Sports Federation, Ramón Basiana: “My assessment is very positive. The visit served to resolve most of the competition schedules and, although some are still pending, I am very satisfied. Little by little we are progressing forward.”