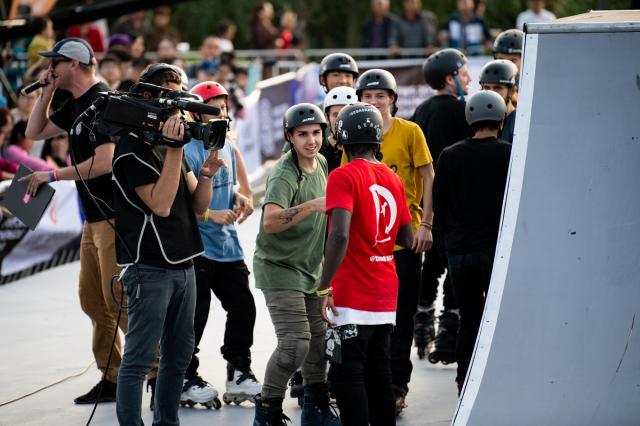 Spectacular display of Action Sports at the final event of the World Skate FISE Roller Freestyle World Cup 2019 in Chengdu, China! More than 250 000 spectators gathered to wrap the season of the multi sport event.

Men competition
It was a sunny day in Chengdu, China for the final of the last stop of the 2019 season. The level was exceptionally high as riders from all over the world competed for the top spot in the contest. Everyone was impressed by the design, layout and creativity of the new freestyle park.
CJ Wellsmore takes home the win with two perfect runs even succeeding in beating his own first run score and ending up with a whooping 88.25. This high score is well deserved as he skated fast and smoothly. His runs were flawless and technical and he managed to get a gnarly backside UFO grind atop the immense 5 m high vert-wall that could have won the best trick contest. Despite this win he isn’t able to beat Joe Atkinson on the overall ranking but still gets 2nd place with 23.100 points.
In second place comes Joe Atkinson with a score of 85.25. Joe’s smooth and ample style always pleases the crowd and judges, going as far as attempting a double backflip on the big jump box but falling on his knees.
Finally, Diako Diaby takes the 3rd spot on the podium with an 84.37. His amazing flips, rotation transfers and high-flying style have impressed the judges. It’s not enough however to give him a better overall ranking.
The best trick contest was especially spectacular with Diako winning with a massive backflip zero spin transfer from the hip to the vert wall. Roman Abrate, third in the overall ranking also impressed with a huge 900 transfer from the jumpbox to the hip box. CJ also added his grain of salt with a very technical 450 full torque 450 out on the hanging ledge.

Women Competition
The French Rollerblading Queen did it again! It was a rad day for the women’s rollerblading. A specific challenge was waiting for the final spot of the year, with the contest being ran on the huge Freestyle Park for the WS Roller Freestyle Park World Cup. A bit more used to riding the FISE Street Park, women were committed to the next level to land their tricks on such a massive set up. And it’s the current FISE World Series leader Manon Derrien who managed to keep her position, by showing a particularly clever way to build her line. She has a lot of contest experience, and she used it to her advantage! She knows how to connect the tricks together and make it smooth, as she did with a rad spin on the quarter. The 17 year old ball of energy Juria Takebe from Japan took the second position with a nice line enhanced by a big backflip at the end, as well as some stylish grinds. The third place was playing at home, and proved that gnarly tricks can come from a 33 year old. Indeed, the Chinese Jing Hong Zhao wowed the crowd with a misty-flip, a trick that you hardly see any women doing, and a 540 over the box. Special mention for the fourth place Mery Munoz who showed the best grind style of the contest. 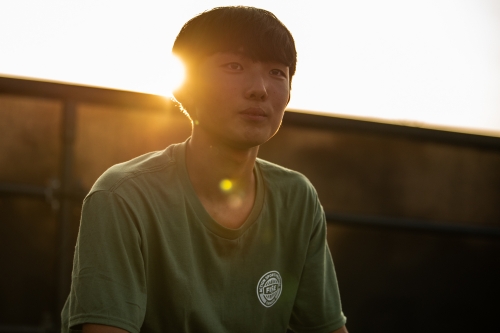 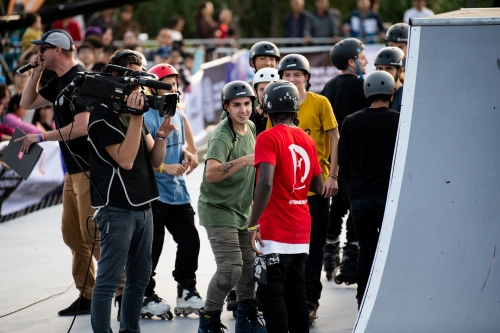 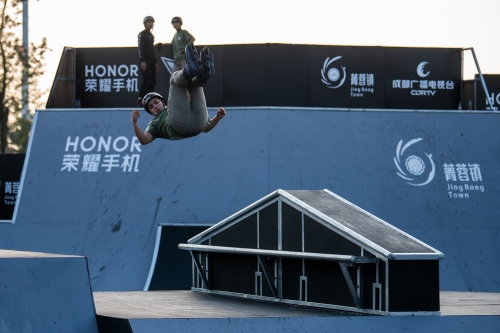 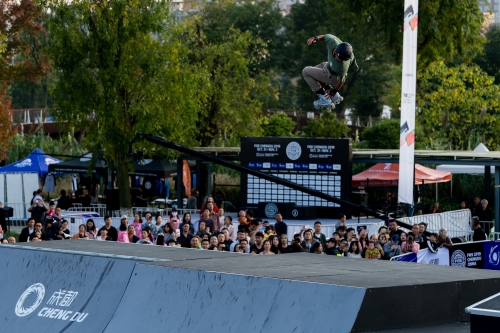 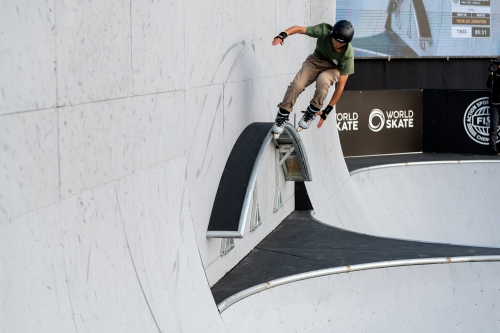 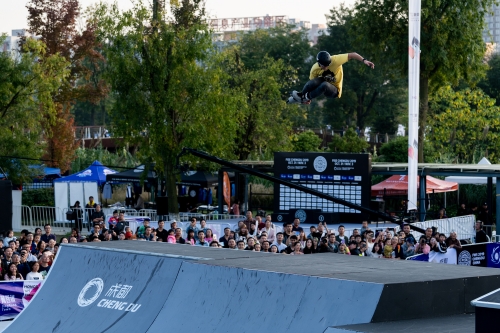 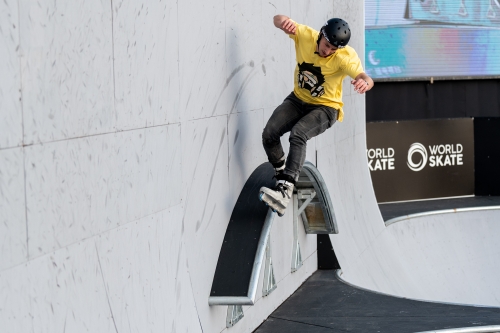 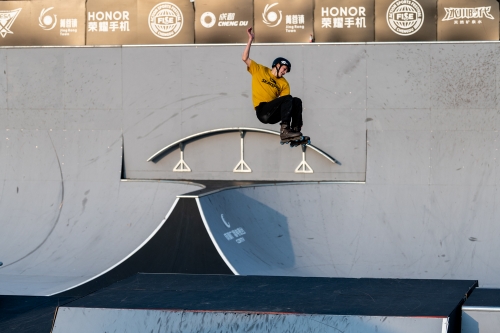 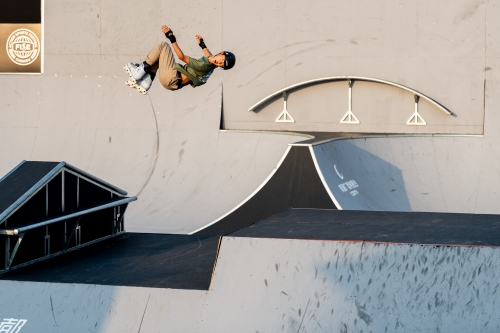 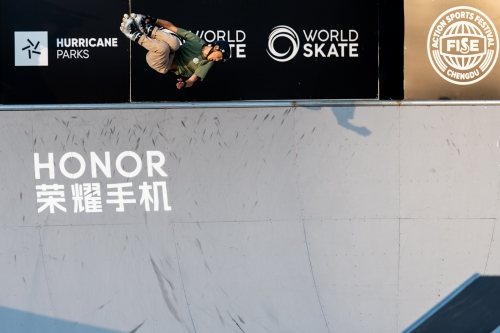 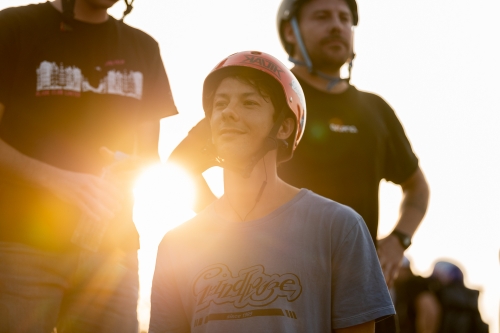 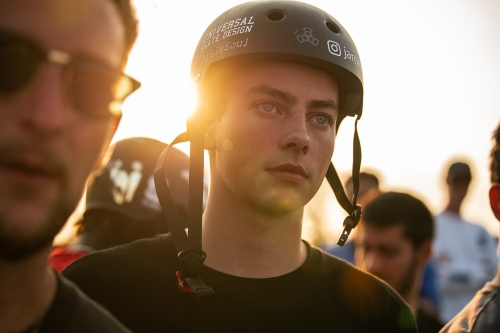 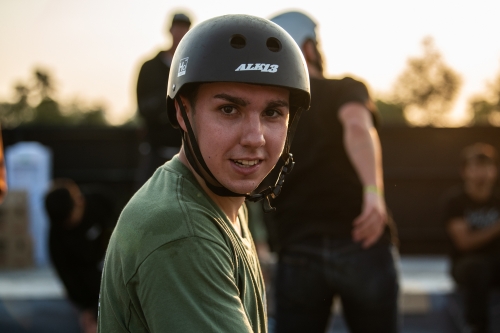 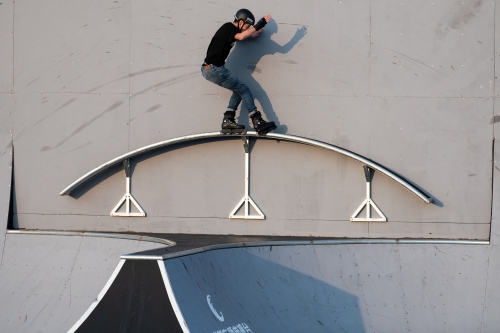 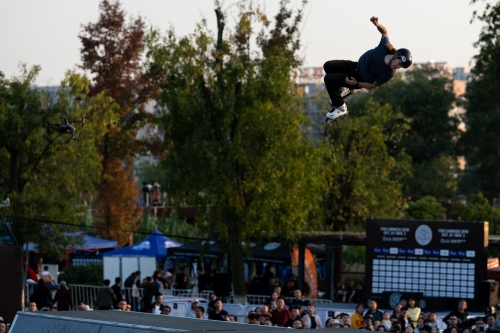 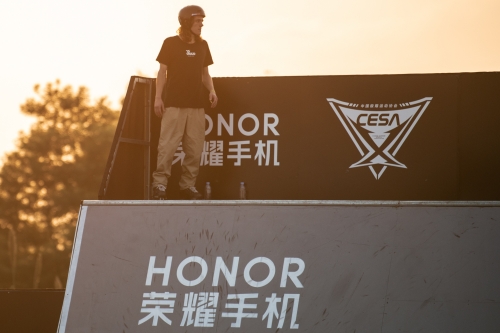 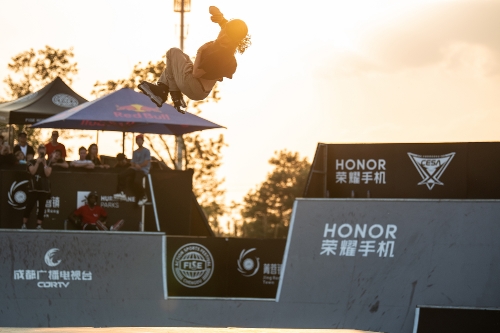 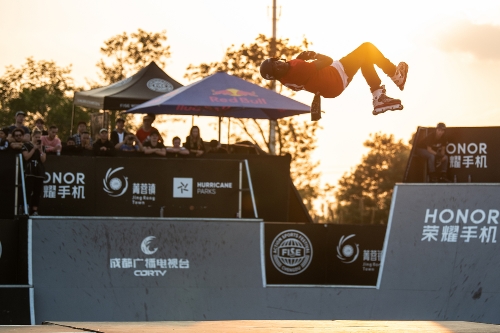 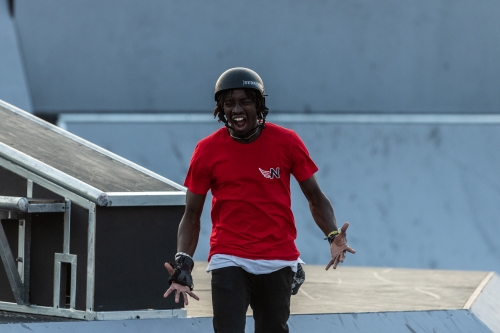 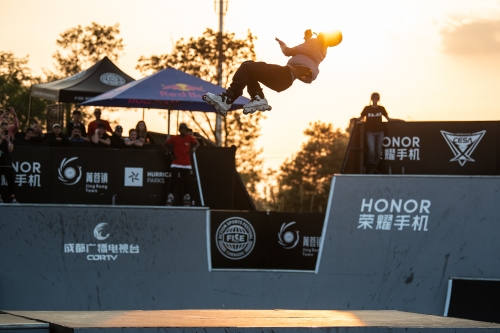 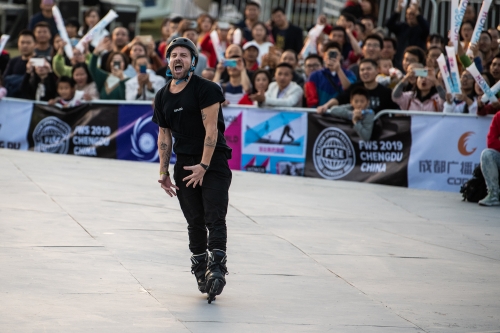 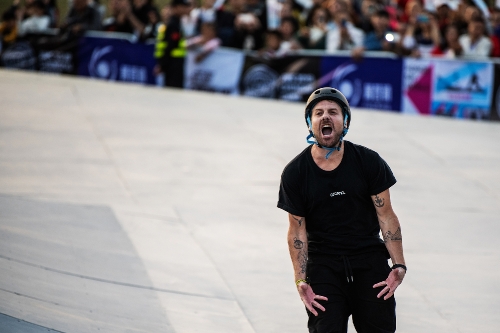 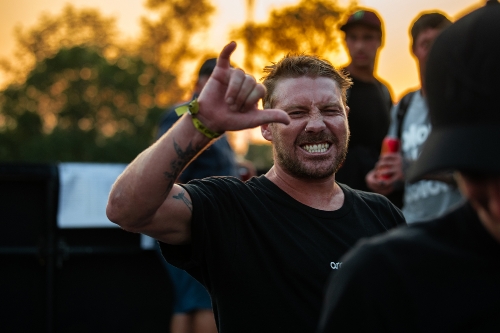