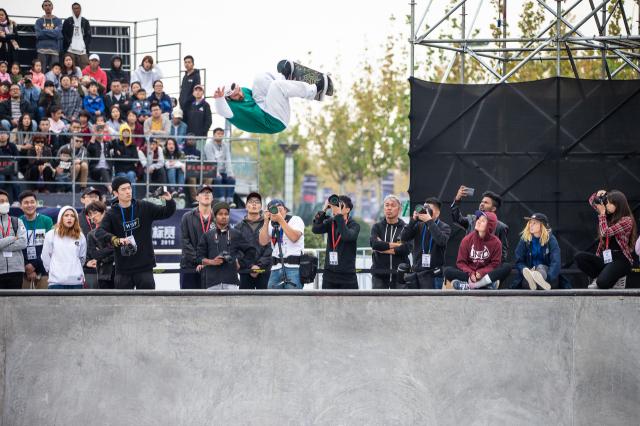 With the Olympic Qualifying Season #1 underway, World Skate discloses the procedure for athlete seeding in the 5 STAR events for both season #1 & #2 of Park & Street for both genders.

Open Qualifier
The Qualifier round is open to a country quota of 3 skaters registered by World Skate recognized National Governing Body and Event Wildcard holding athletes. A minimum of 10 best athletes from the Qualifier round will advance to the Quarter Final.

Semi Final Seeding
The top 12 skaters from the last World Championship will be pre-seeded in the Semi Final competition round. The best 8 athletes of the Semi Final will advance to the Final.

Wild Cards
A limited number of wildcards for the Open qualifiers will be granted before each 5 Star Event for the purpose of creating a progressively open, integrated and inclusive system that merges the world of organized sport with the spontaneous, culturally rich and informal tradition of competitive skateboarding.

Pre-seeded skaters are required to check in at the competition registration desk 24 hours before the competition phase they are pre seeded in starts. In case of no-show or an injury, Skaters supposed to compete in Quarter Final and in Semi Final will be replaced with next ranked skater from the Results of previous competition round. In case of No-Show or injury occurred to skaters who are supposed to compete in the Final, no replacement will be taken.