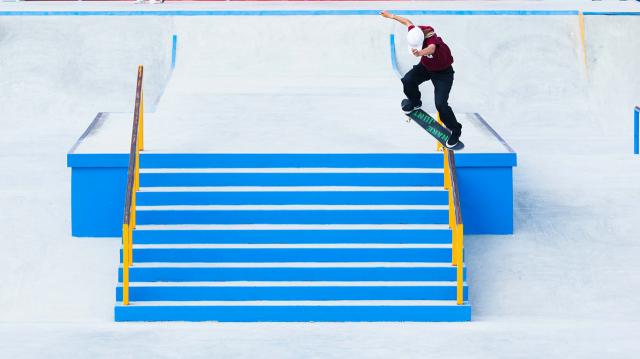 With this communication we would like to provide insights and updates about the upcoming Olympic Qualification season and the events that will be, for different reasons, suspended or rescheduled.

While efforts to curb the spread of the novel coronavirus (2019-nCoV) in China and around the world are increasing by the day, the impact of the epidemic on sport events in mainland China and all of Asia is widespread.

The city Nanjing (Lishui) has delayed the construction of the Skateparks meant to host the International Skateboarding Open of Street from the 13th to the 19th of April. Under this circumstance the Local Organizing Committee is unable to guarantee the completion of the competition venue in time to host the event in April. The event must not be considered cancelled but rather suspended, further information on rescheduling will be released soon

The construction work in Yancheng, host city of the International Skateboarding Open of Street & Park, is ongoing, despite some minor delays. In order to finish construction, the event will be delayed by one week, taking the calendar slot left empty by Nanjing’s ISO. The new date for Yancheng’s ISO is from the 13th to the 19th of April

The Asian Continental Championship of Street Skateboarding, scheduled in Singapore and currently suspended because of safety measure imposed by the Singapore Ministry of Health, due to the Corona Virus, has been rescheduled from the 17th to the 21st of March.

SLS Pro Tour of Street Skateboarding schedule in Beijing from the 28th of April to the 3rd of May is currently confirmed.

ARK League 5 Star Street Skateboarding event scheduled in Japan from the 22nd to the 26th of April is fully confirmed.

The World Championship of Park Skateboarding scheduled in Nanjing (Lishui) from the 25th to the 31st of May is currently confirmed.

Also being rescheduled is the Lima Skateboarding Open of Street and Park Skateboarding, originally planned between the 16th and the 22nd of March. In order to guarantee a pristine skateboarding experience, the contest venue will need to undergo significant remodeling by California Skateparks. This event will move from its original date, into the week originally designated for Yuncheng’s ISO, April 5th to the 11th.