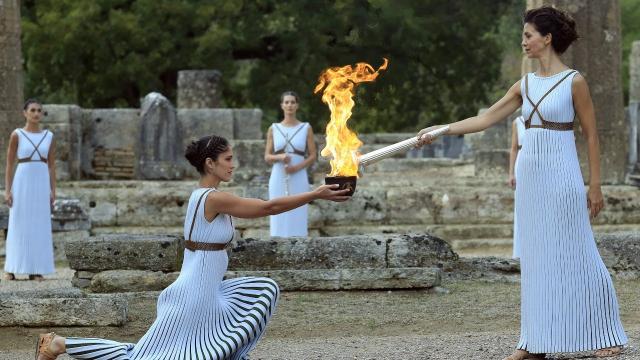 With the slogan “Hope Lights Our Way”, the Olympic Torch Relay will undoubtedly have a special significance for all of us this year.

Held in the home of the ancient Games in Greece, a torch at the ancient temple of Hera will be lit by the rays of the sun using a parabolic mirror to set off a domestic relay. The lighting ceremony will feature Xanthi Georgiou performing the role of the High Priestess who lights the flame inside a bowl capturing the rays of the sun. The first torchbearer will be Greek Olympic gold medallist in shooting Anna Korakaki. She will then pass the torch to Japanese Olympic gold medallist in the marathon Mizuki Noguchi who will carry the Olympic Flame to beyond the Pierre de Coubertin Grove.

The torch will continue an eight-day journey through 37 cities in Greece before the flame handover ceremony on 19 March as it makes its way to Japan on 20 March. The Olympic Torch Relay in Japan will visit 47 prefectures in Japan over 121 days before arriving at the Opening Ceremony of the Olympic Games on 24 July.

The Olympic Channel will present LIVE streaming coverage from Olympia, Greece on Thursday, 12 March starting at 11:15 a.m. local time (9:15 a.m. UTC) on olympicchannel.com and its apps for mobile and connected TV devices.