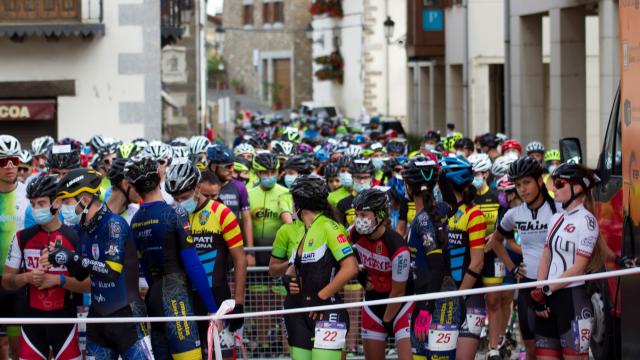 The French skater Nolan Beddiaf, from the EOSkate World Team, and the Colombian rider from El Pilar Marianistas de Vitoria Aura Quintana won the first stage of the P2P 2021 in a fast and exciting race, decided in the last kilometers.

Despite the rain that fell during the morning, the route was dry for the start time in the town of Zubiri, and throughout the entire route. This favored a high race pace from the start. In the first kilometers the runners of El Pilar Marianistas set the pace of the race, trying to avoid a breakaway that arrived after the fifth kilometer. The overall winner of the last edition, Nolan Beddiaf and his teammate Martin Ferrie tested the strength of a peloton formed by about fifty skaters at the head of the race, including a good group of skaters among which were the favorites.

The race became tense at the flying goal of Zabaldica, at kilometer 12, with a sprint that Patxi Peula won, making it clear that he was strong enough for the rest of the race. The women's flying goal was for the Colombian Aura Quintana in a tight sprint with Maite Ancín.

Despite several breakaway attempts, the group arrived compact to the town of Huarte, at kilometer 15 of the race. In the main street of the town, after a 90-degree curve to the right, Nolan Beddiaf gave the attack that would ultimately prove to be definitive. From there to the finish line, the French rider rode the race alone, trying to avoid the peloton on the final slope of Curtidores, already in Pamplona. Beddiaf won the Zubiri - Pamplona with a time of 28'50". The second and third places were played in a sprint a few seconds later, with the Basque Patxi Peula second and the winner's teammate, Martin Ferrie, third. A minute later the Colombian Aura Quintana from El Pilar Marianistas arrived at the finish line, winner of the women's race ahead of the French Marine Lefeuvre, who could not keep up with her in the last kilometer, and the Navarrese Maite Ancín, who arrived a few meters behind. From there to the end of the race 550 skaters crossed the finish line at Bosquecillo street in Pamplona, the end of the peloton arriving 90 minutes after the starting gun was fired in Zubiri.

The French skater of the EOSkate World Team Nolan Beddiaf and the Colombian rider of El Pilar Marianistas of Vitoria Aura Quintana have been proclaimed absolute winners of both the stage between Pamplona and Puente La Reina and of the overall classification of the P2P 2021. By adding their victories to those of Saturday's race between Zubiri and Pamplona, both have demonstrated their dominance in the toughest marathon in the world.

However, the victory was not easy for them: Nolan Beddiaf escaped climbing Ciriza, in the middle of the race, but the Basque rider Rafael Heredia and the French Hugo Gerard managed to reach him forming a trio at the head of the race. Meanwhile, in the third peloton of the race, the women's podium of the first stage would again play for the victory: Aura Quintana was accompanied by the Navarrese Maite Ancín and the French Marine Lefeuvre in a group with 4 other skaters, and together they would reach the top of the Alto de Orendáin, just six kilometers from the finish line. Lefeuvre was left behind shortly before reaching the top of the mountain and the women's race was decided in a thrilling sprint between Quintana, the winner, and Ancín, second classified. Ahead, Nolan Beddiaf made the final push 500 meters before the summit of Orendáin, just like the women. Once escaped with barely 200 meters of advantage, neither Rafael Heredia nor Hugo Gerard could give chase in the descent and the flat preceding the finish straight. Heredia completed a great race signing the second position and Hugo Gerard arrived third twenty seconds behind. In this way Nolan Beddiaf revalidates his title of champion of the 2019 event since there was no P2P in 2020. Aura Quintana succeeds Maite Ancín in the women's race.

The day was completed with the challenge of this year in the finishing straight of Puente La Reina: a duel of 110 meters relay between the athletes Nerea Bermejo and Íñigo Pérez against the skaters Ruth Arza and Jonathan Galar. And against all odds, the athletes prevailed over the skaters: the slight uphill slope favored Nerea Bermejo in the first relay, who came out ahead of Ruth Arza. While the athlete Íñigo Pérez took the baton from Nerea, Jonathan was forced to wait for Ruth to touch him to be able to take his first stride. In spite of his efforts, the 55 seconds were for Íñigo, so that in 11 seconds the team of athletes crossed the finish line and in 13 seconds the skaters did it. A perfect culmination to a complete skating weekend. 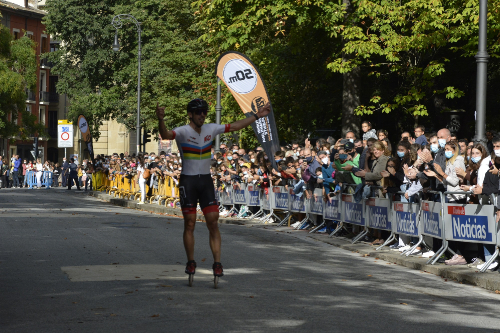 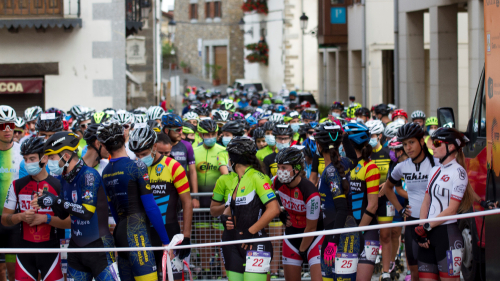 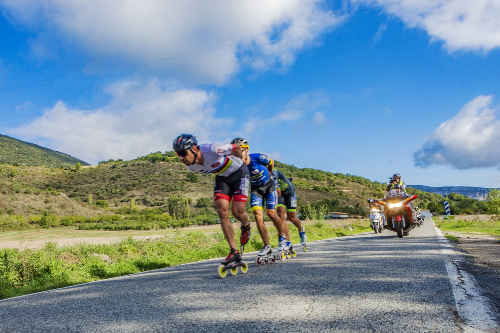 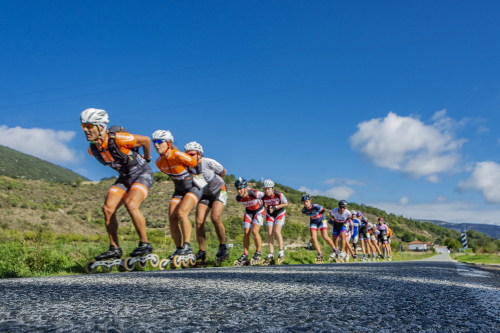 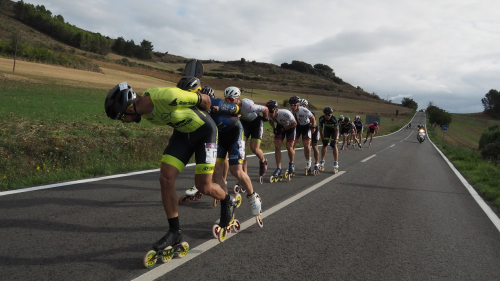 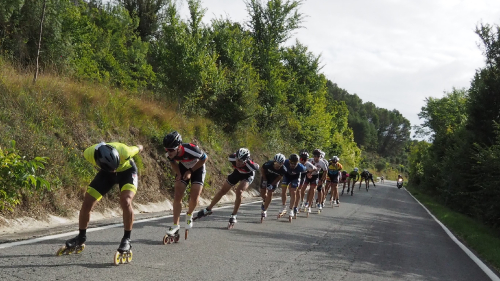 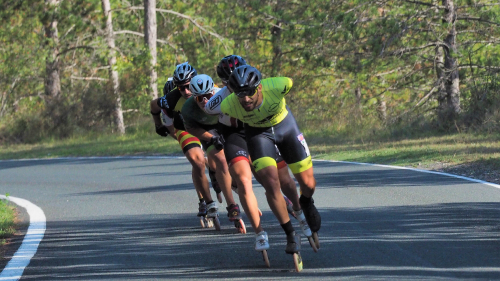 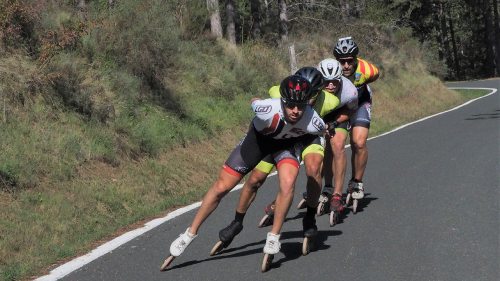 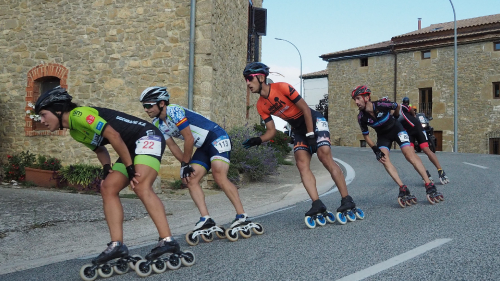 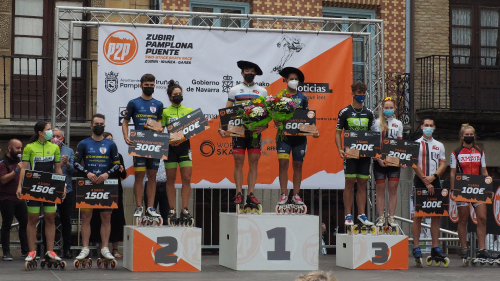