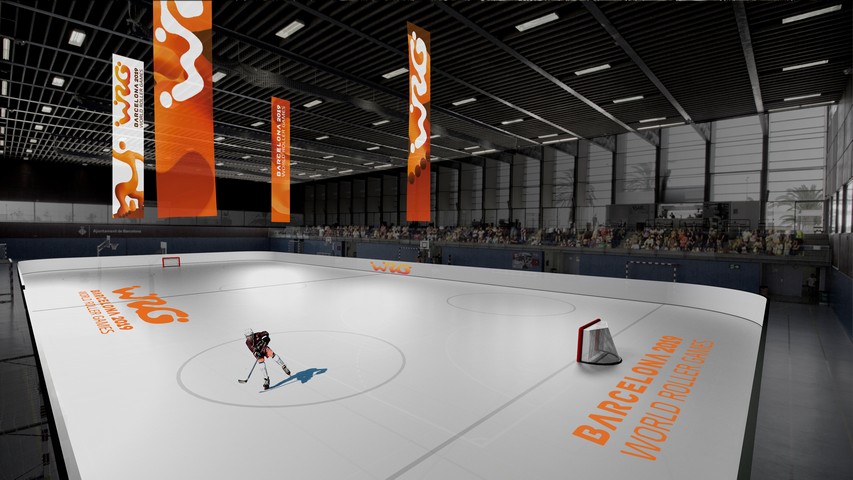 Designed by the architects Manuel Ruisánchez and Xavier Vendrell, it was inaugurated on April 30, 1992 with the name of Pavilion of La Mar Bella to host the badminton tournament of the Games of the XXVena Olimpíada, made in the city of Barcelona, ??that same year.

The construction is done very close to the seashore, in an area that formerly occupied industries and huts of Poblenou, just next to an old asphalt track of ash. In addition to the construction of the pavilion, adjacent beaches were also recovered for the city.