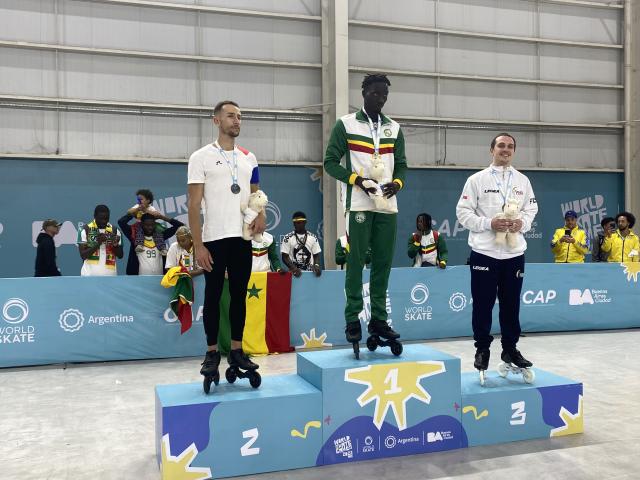 Second day of competitions at the Inline Freestyle Worlds. The long morning has begun with the Junior and Senior Freestyle Slalom Classic for both men and women. Every skater has shown its skills on wheels skating across three lines of cones. After the impressive performances of the twenty stunning athletes the polish Teczar - which yesterday has already been on the podium- made her way to the gold medal in the Junior category. Second place for the Romanian Muntean and bronze medal for the italian Luciani. Most of the mens podium has been acquired by the Chinese Taipei team: gold for Hou Chun Yen and bronze medal for Chung Chen En, while the Silver has been assigned to the polish Wiktor Smoraski.

The second part of the day has been focused on the Senior category.

with her perfect and engaging run, followed by Hartmanis Klaudia from Poland and Chiu Yin-Hsuan from Chinese Taipei.

In the Classic Slalom Taipei got the better of the men category, followed by the italians Lorenzo Guslandi and Valerio Degli Agostini which were still celebrating their success from yesterday's result.

The last performance of the second day of this Worlds was Free Jump. Only 7 contestants attended the competition for the women category won by France with a 125cm height reached, followed by Italy and Brazil. On the other hand, Senegal won the gold medal in the mens category, silver for France and bronze for Italy.

Tomorrow keep on watching the live streaming on www.worldskategames.tv

Photogallery of the day