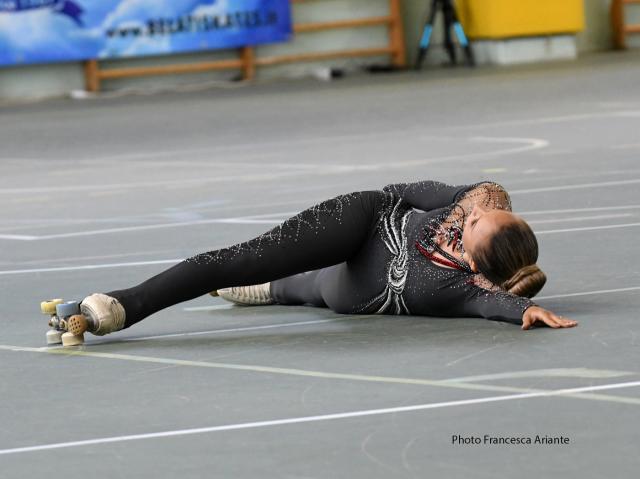 The 24th edition of the Giuseppe Filippini Memorial, the international artistic roller skating trophy staged at the Pala Sport in Misano Adriatico (Rimini) from 4 to 12 June, was a great success.

An event that, despite all the limits dictated by the pandemic, as always garnered a great response from participants: in fact, 830 skaters walked the Romagna floor, including athletes from Holland, Germany, France, Croatia, United States, Russia, Romania, the Czech Republic and the Dominican Republic, all finally united after the very hard period of stop from the love for skating in the sign of a newfound sociability.

The protagonists in the nine days of competitions were the skaters of the freeskating and Solo Dance specialties. In the first part of the event, precisely from 4 to 6 June, the White scoring system was used; from 7 until the end of the Kermesse, on the other hand, the skaters were evaluated with the Rollart system and with an international panel of judges.

It should be noted that, net of the high number of competitors, all the tests were carried out quickly and smoothly. The large numbers of participants in the categories have therefore made it possible to see the Rollart at work even with the kids of every day, those kids who for the most part are the essential element of the Skating Clubs.

In the highlight of the whole event, the big names in the discipline put on a show: in the Senior ladies, the reigning World Champion Rebecca Tarlazzi won first place, overtaking the Vice World Champion Letizia Ghiroldi and Micol Zangoli, second and third respectively. In the men's field, the Italian Marco Giustino won the comeback after the short, setting Alberto Maffei, in second place ahead of the German Tim Schubert. Wonderful comparison in Solo Dance with the surprise victory of the Dutch Sylvia Pistorius, who got the better of the German figure skater Emilia Zimermann and Ludovica Delfino. Andrea Lo Guercio won the men's competition by sharing the podium with Mattia Sforna and Marco Pescatori.