FIRS at SportAccord in Quebec City

Dear friends of rollersports.org, SportAccord 2012 in Quebec City has recently concluded: year after year the event has become an essential moment for the International Federations and a key meeting place with the realities that gravitate around the sports world. Also this year the week of SportAccord was full of meetings and a foundry of projects for the next future.

The meeting with the IOC, to define the guidelines and the timeline for the Olympic Project, was certainly of great importance. Roller Sports, included in the short list for the Olympic Program will have in 2012/2013 the opportunity to show to the IOC the contribution they could bring to the Olympic movement.

The decision about our exclusion in 2009 had left us stunned, This was an incrompehensible choice for us: we believed  at that time and we believe now, that such a fresh  young sport with an high athletic value as roller speed skating, has all the credentials to be present at the Olympic Games.

Therefore we will insist with the IOC, presenting the values that the world of roller sports is able to express not only as an high level sport, but also as social movement.

A meeting was also held at SportAccord regarding the World Artistic Games, that will see in the future FIRS taking part with 104 athletes and 5 events: for figure skating this event will be an international successful  showcase and will gain visibility even in those nations in which this discipline has not yet reached the highest level of diffusion. This is a challenging project  in which SportAccord really believes and to which FIRS will give the greatest support.

We have met the organizers of the World Games Cali 2013 and of the Panamerican Games Toronto 2015 and we have noticed the great interest they have for Roller Sports, laying the groundwork for the future inclusion of a team sport.

During this week, beyond all kinds of meetings, we had the opportunity to meet representatives of companies, media and towns, present in Quebec City to plan the promotion of roller sports in the coming year.

A warm sport hug to all of you 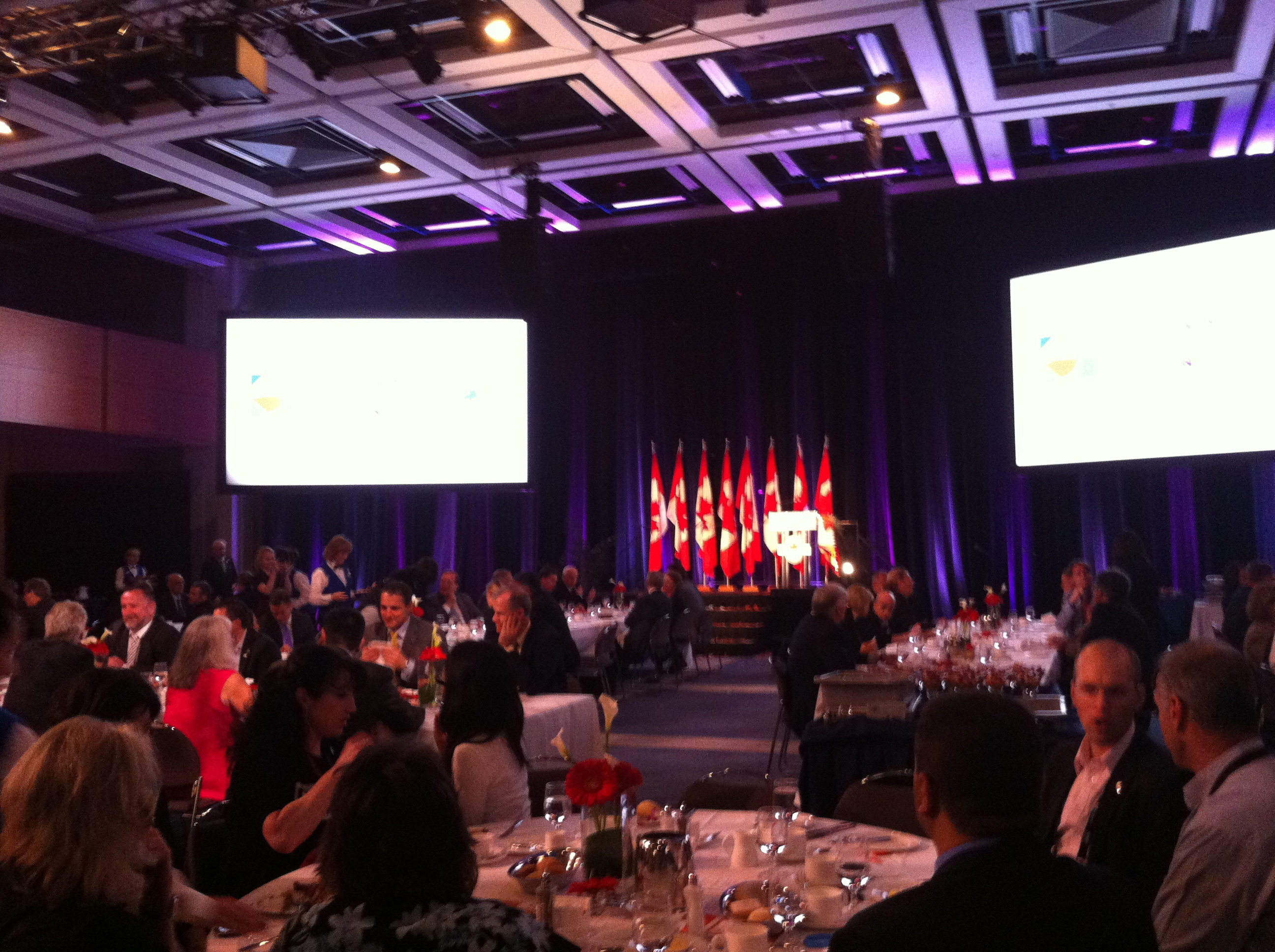 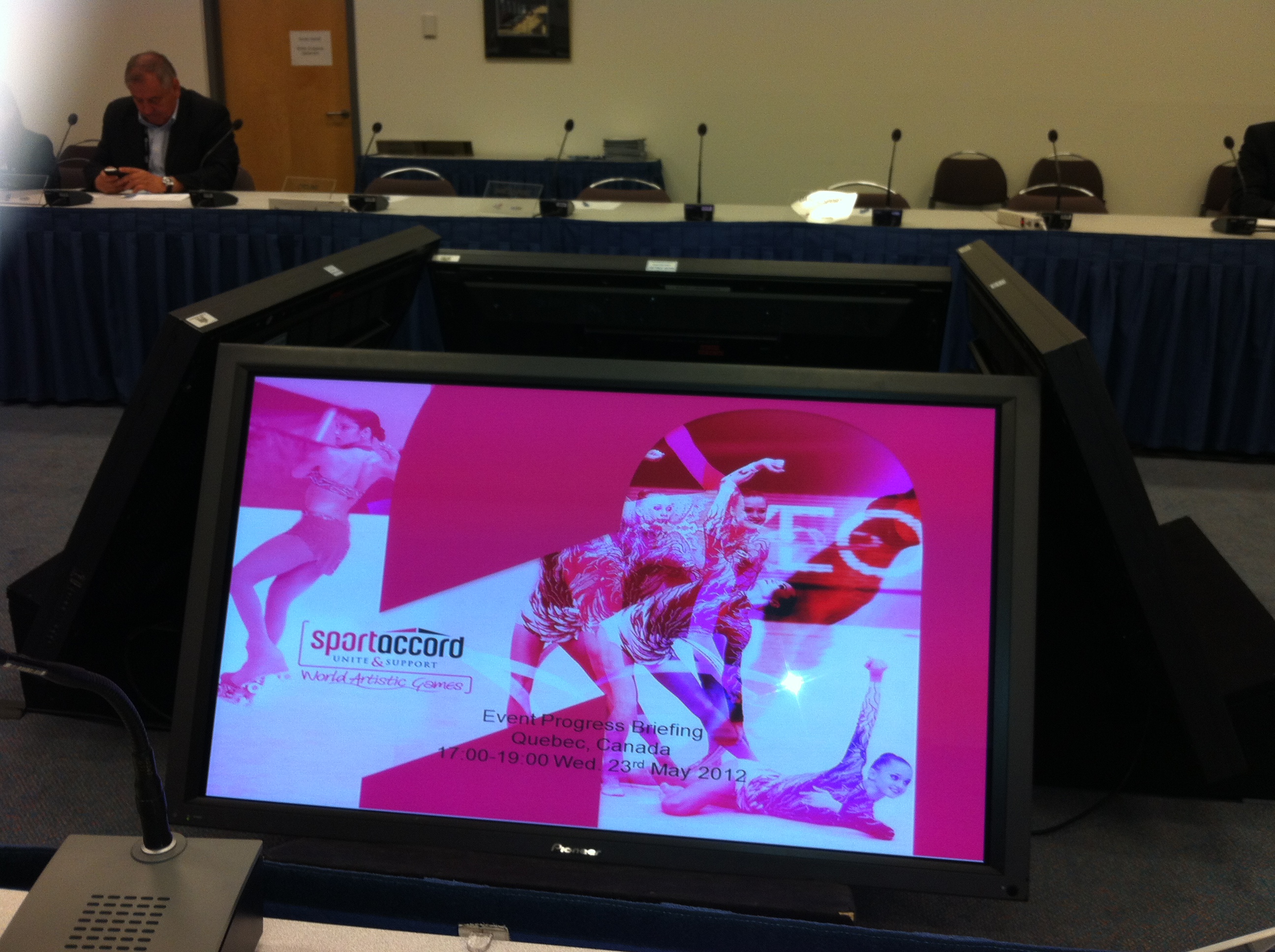 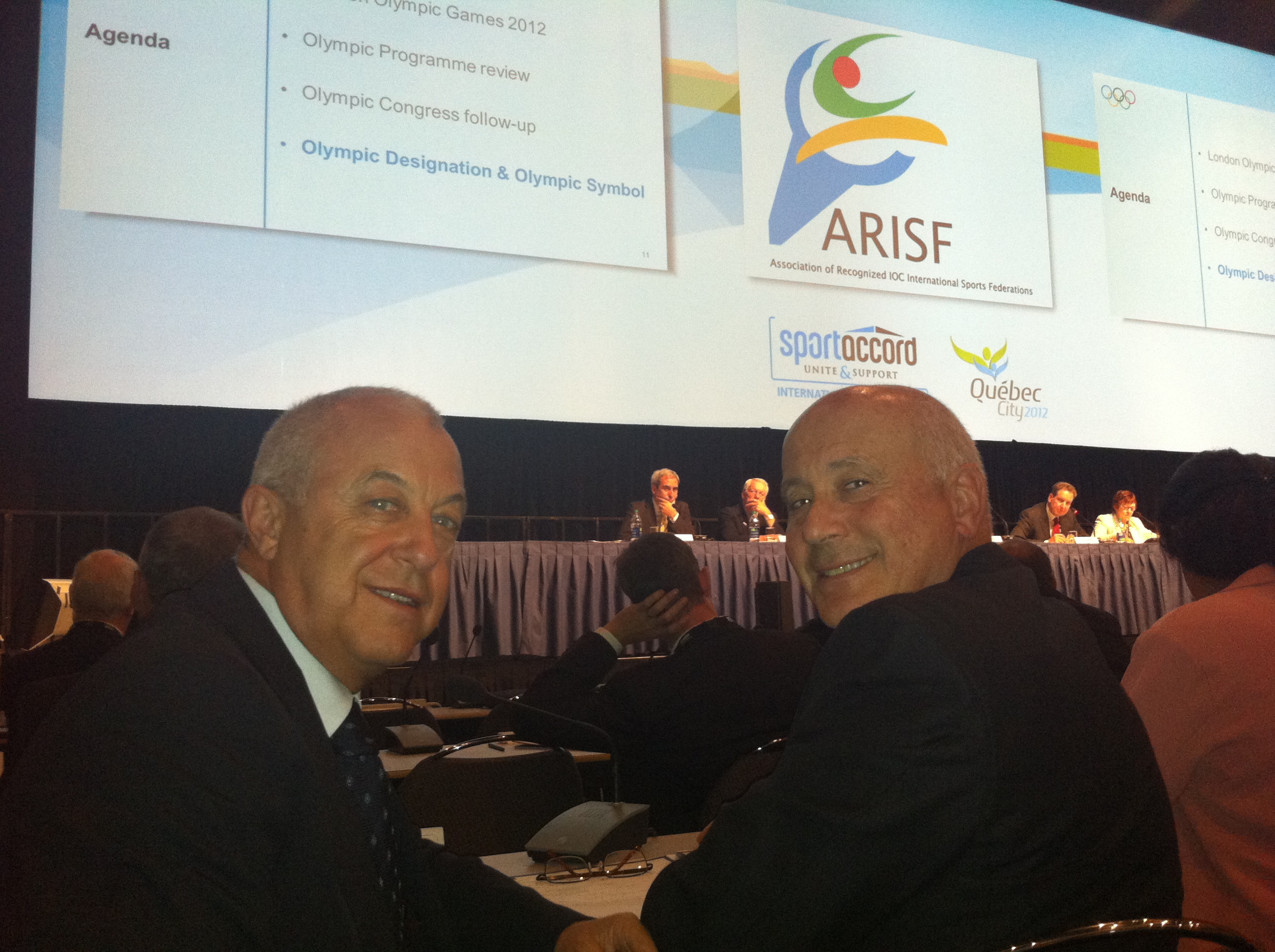