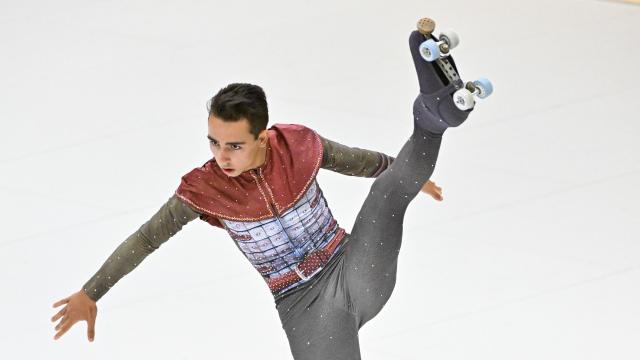 The first ever Artistic World Cup Series was a huge success even with unprecedented obstacles faced. Three Semifinals in three countries led to the pinnacle event of the Artistic Skating World Cup Final in Göttingen, Germany.

The path to Germany started in Trieste, Italy in mid-May with the inaugural Semifinal. Trieste was the only event that offered Tots, Minis and Espoir competing in Free Skating. These young skaters are the perfect example of how the new scoring system is being embraced. With their high level of technique and emerging components, the future looks very promising. By the end of the week the scene was starting to be set for the potential skaters that could qualify for the Finals. From Cadet to Senior, the skaters battled it out for the top technical scores in hopes of a spot for the Finals.

Followed by Paredes, Portugal the excitement continued to build with 160 skaters. It was here the results revealed the top scores among the European countries after two Semifinals.

The one and only Semifinal in the Americas was held in Asuncion, Paraguay with approximately 170 skaters. The skaters in the Americas had their work cut out for them knowing the scores of the European Semifinals. Hard work paid off with skaters from both North and South America qualifying for the Final.

The three Semifinals leading up to the Finals were a demonstration in the depth of our sport. Technique is at an all-time high and the continued focus on components by the skaters and trainers is becoming very apparent.

After the results of the three Semifinals the stage was set for Göttingen, Germany with the top qualifying Finalists being revealed.

What happened in Göttingen was a special moment for artistic skating. With more than 340 athletes representing 15 countries around the world, it was time for history to be made. Not only were the athletes competing for a podium spot, they were also competing for the special prize package of $1500 USD to the first place finishers.

Joining the Finals along with Free Skating, Pairs and Dance were Precision, Quartets, Small Groups and Large Groups. All of it made for a very exciting and colorful week.

The skaters were prepared and all skated well. The technique, the high level of elements and the skaters and coaches working hard on components all seem to be elevating the sport. Several skaters had exquisite performances and choreography that truly bring the sport to an entirely new level.

The top of the podium for the Finals in many events were hard fought battles between Spain and Italy with promising results from both countries.

All four events were live streamed so the global audience could see the exciting competition and hear live commentary from experts in the field.  As the reach for wider audiences continues, the optics of the sport has greatly improved and will continue to be a focus and work in progress.

With Judges and Technical Specialists from 15 different nations throughout the Cup Series, it offered an insightful look to how officials are looking at the skaters. It is clear that the officials are studying, working hard and coming closer together on how things are being seen and where there is more work to be done.

The new format of the World Cup series is a wonderful concept to increase public perception of the sport with more than 19 countries participating.

World Skate Artistic Technical Commission Chairman Nicola Genchi said,“Just finishing the first Artistic World Cup we should all be proud. There were so many skaters and a very high level. It is great to see the approach to the sport changing in a very good way. Looking towards the future there will be some small changes done in the format that will be beneficial to the skaters and countries involved.”

Records were broken, personal bests and season’s bests were achieved. Even through victory and defeat, all of the athletes rose to the occasion.