WRG19 ILH: An Amazing Kick off for the Junior matches in Barcelona 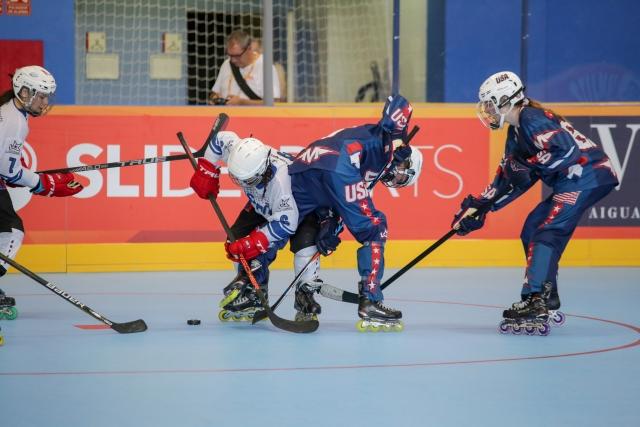 Goals, emotions and an enthusiastic crowd!

Last year runner-up Italy also won a no-contest game versus Ireland: 12-0 with nine different Italian players on the score-sheet. This game was played at Horta, the other venue in Barcelona's north side. At Horta, also France (33-0 vs India) and Sweden (10-4 vs Poland) started their campaign in the best way. Meanwhile in Mar Bella, Colombia gained an important success over Great Britain: 3-0 with two goals netted by Gonzales Sarmiento. No surprises in the following games: Czech Republic beat Germany 13-0 (hat-trick for Hasek) and Canada defeated Australia 8-1. Impressive start by Namibia who outscored New Zealand 11-0 (5 goals by Coetzee), and Spain with the largest result of day-one: 39-0 on China. A tie (3-3) between Switzerland and Chinese Taipei ended the Junior Men program.

In Junior Women tournament, enthusiastic crowd for the home team opener: “a las cinco de la tarde” in Mar Bella, Spain junior women played a great game versus Usa. It was a playoff-style game: high-pace hockey, escalating emotions and some really spectacular plays. Spain took advantage in the first half, thanks to Pareja Vaquero, who beat american netminder Park two times. A gap that the american girls didn't fill: 4-2 for the yellow-red was the final score.

In Pool C close game between Italy and Canada: the north-americans scored the equalizer with 43 seconds to play, completing a come-back from 1-4. Clear wins for Finland (15-0 over India), New Zealand (8-0 over Sweden), and Great Britain (29-0 over China). 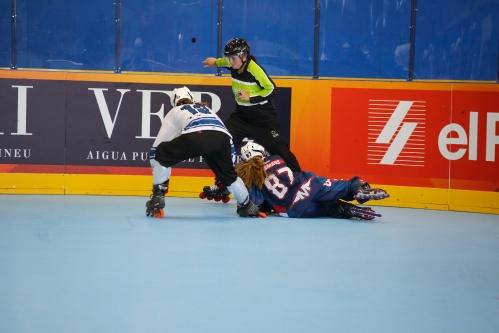 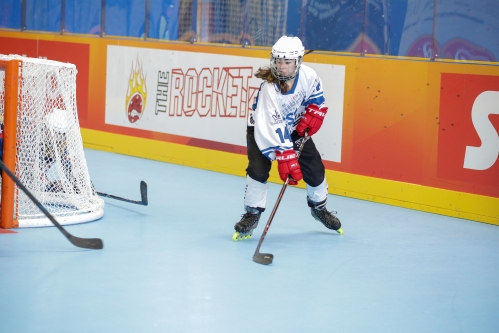 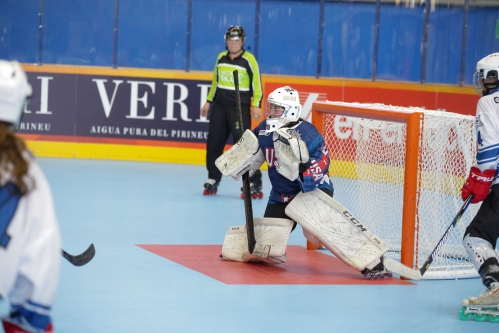 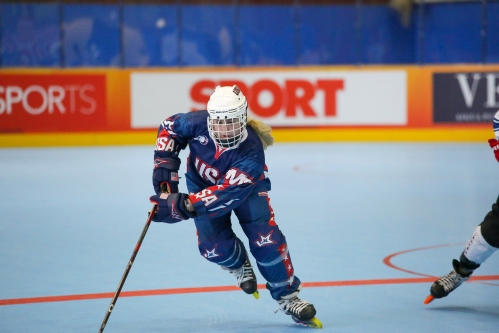 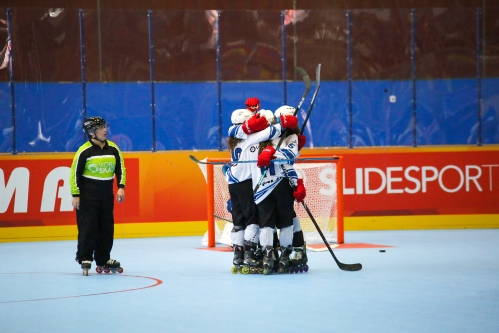 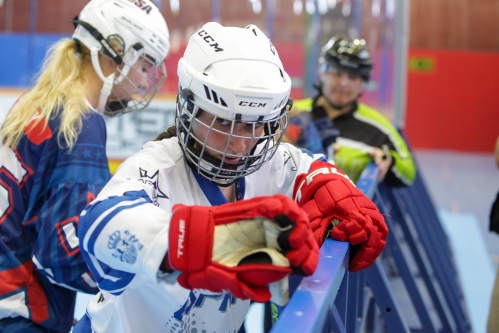 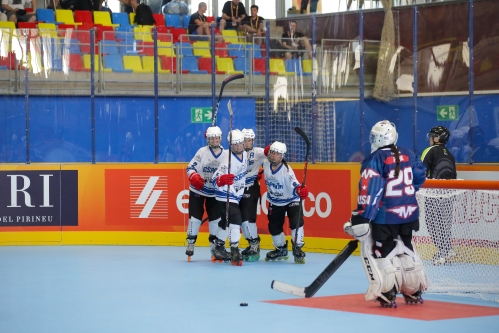 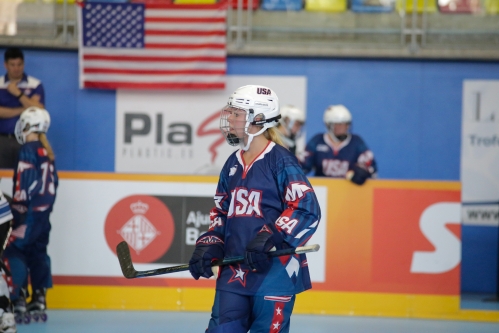 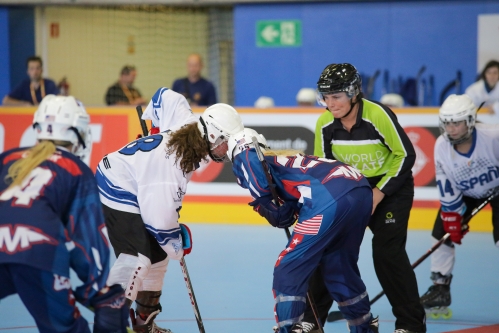 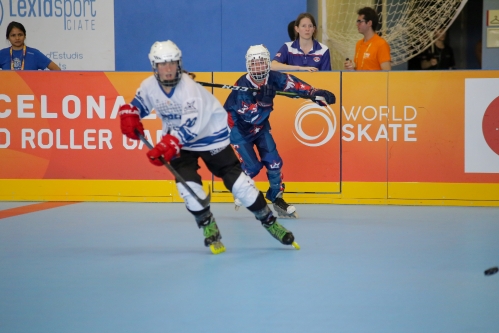 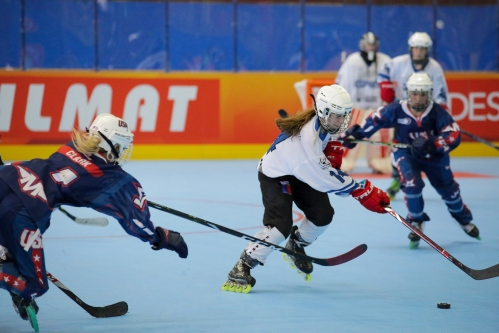 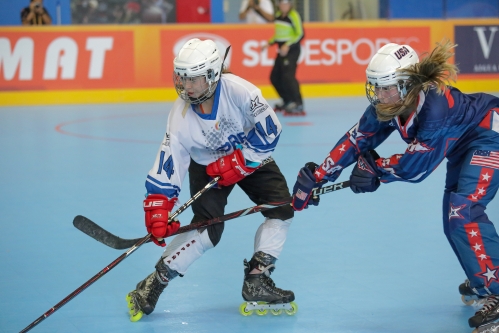 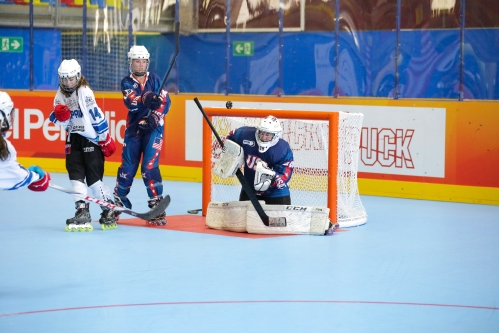 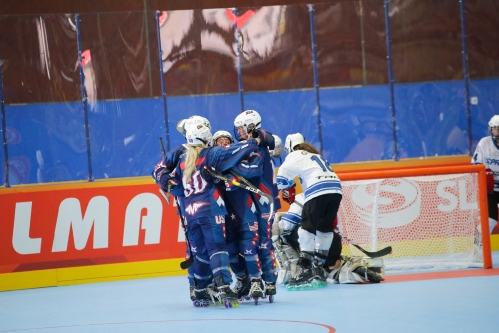 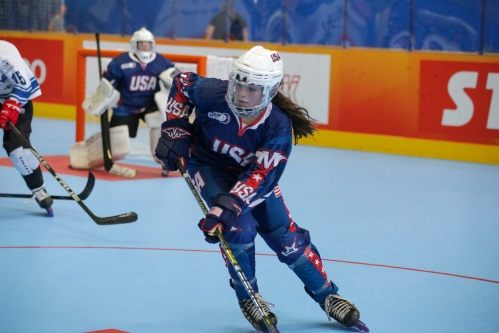 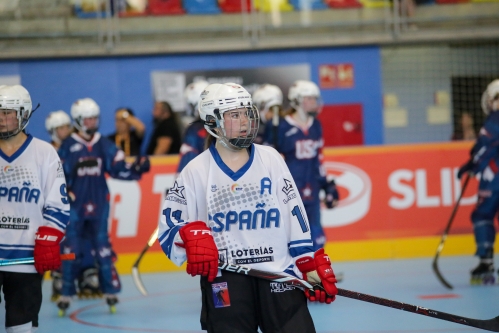 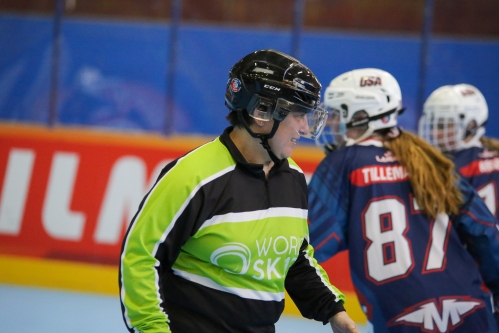 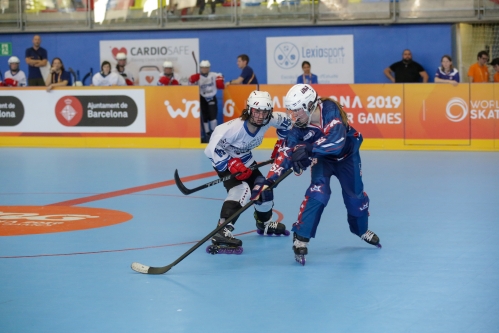 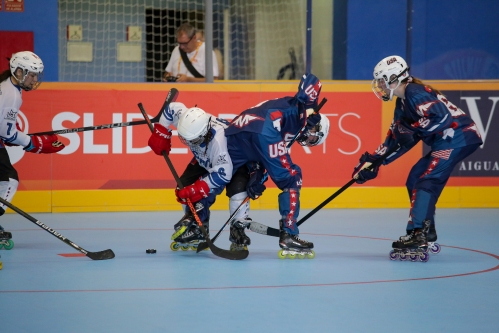