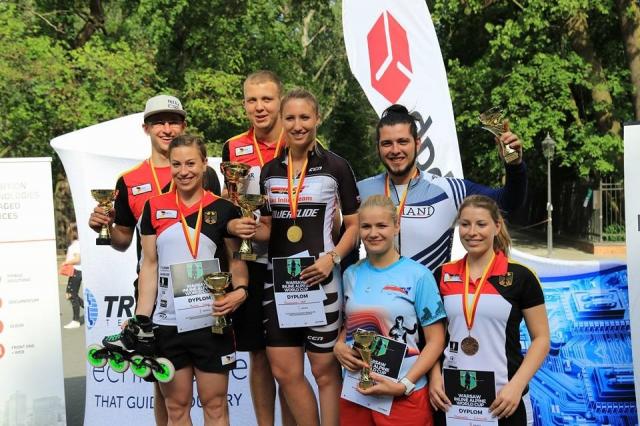 The second worldcup of this years series is over. It took place in Warsaw, capital of Poland. The track was located close to the city. It was a very long, wide road with a steady slope of 7-8 %. On Saturday, was a worldranking race at the same place. The weather conditions were perfect during the whole weekend.

In womens category Veit Alessandra (GER) got first place. With only a small difference in time followed Sing Mona (GER). Third got Kudelaskova Gabriela (CZE). Wittmann Claudia was the fastest racer after the first run, but crashed in the second.
In mens category Ortel Sven (GER) won the race. Even though Walz Marco (GER) had a better time in the second run compared to Ortel Sven, the time difference wasn’t enough to beat him. Third got Losio Massimiliano (ITA).
The next worldcup is going to be in Jirkov (CZE) at 2nd of July. The organizer held many worldcups in the past, so we can all look forward to a nice racing-weekend.