This was just the beginning 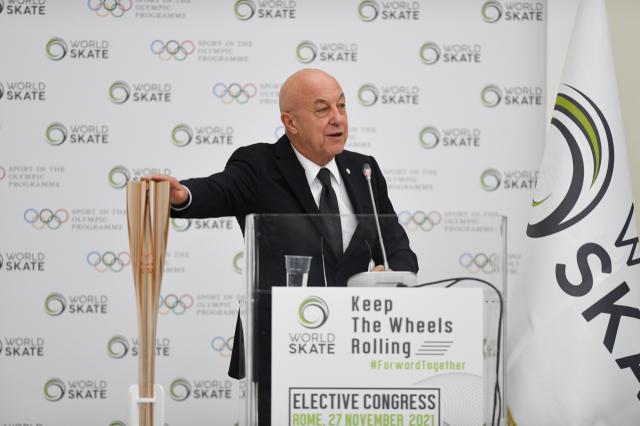 "This was just the beginning", said President Aracu in his speech at the Elective Congress hold in Rome on Friday 27th, pointing at the Tokyo 2020 Olympic Torch just received from the IOC President Bach in Lausanne.

It has been a historical Congress: the first as an Olympic International Federation and, after two years of pandemic restrictions, we had the chance to finally stay in presence, even though many delegates followed the Congress on Zoom.

Having no opposite candidates, World Skate President Aracu,  World Skate Asia President Thomas Cai Yongjung and World Skate Europe President Luis Sénica have been elected by acclamation together with their respective Vice Presidents.

In Africa and America there were two candidatures for continent: confirmed President Koty - 69.33% - in Africa and President Herrera Ayala - 62.50% - in America.