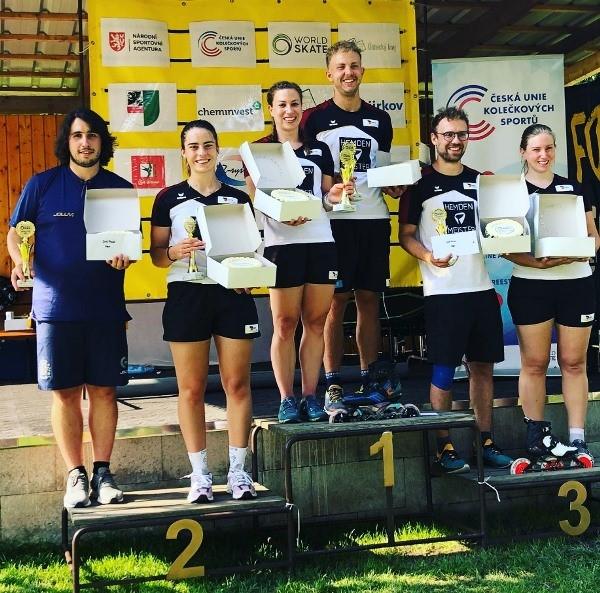 In Vysoka Pec (Czech Republic) the World Cup final in inline alpine slalom and a World Ranking race in giant slalom took place. Even though COVID-19 is still present almost 90 starters from eight nations participated. On Saturday, the first event was the world ranking race (giant slalom). Mona Sing (Germany) won before the Spanish athlete Aura Coronado Mateu and Elea Börsig (Germany). In the men’s category Jörg Bertsch had the best time followed by Sven Ortel and Patrick Stimpfle (all three male athletes are from Germany). On Sunday the World Cup final took place. Mona Sing performed very well and won the first place, second was Claudia Wittmann, followed by Elea Börsig on place three (all three female athletes are from Germany). Jörg Bertsch was the top-performer of the men´s category followed by Sven Ortel (both Germany) on second place and Sergio Mendez Perez (Spain) on third place.

Since this has been the last World Cup race of the season 2021, the award ceremony of the overall World Cup Ranking took place in Vysoka Pec as well.

Due to many race cancellations, caused by the ongoing pandemic situation, the World Cup Series was shortened from six competition weekends to three weekends in 2021. Hence, the overall World Cup Ranking contained three competitions in sum.