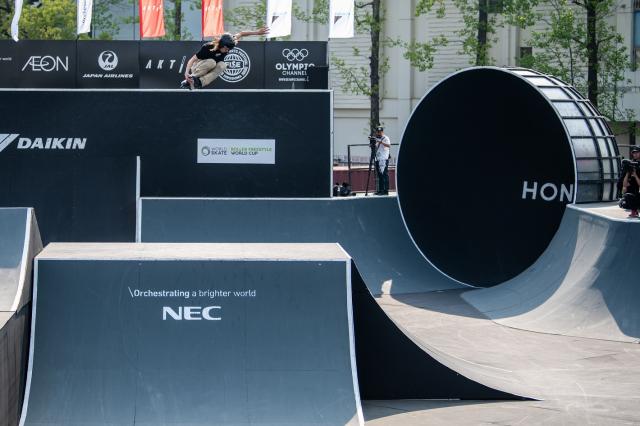 It’s been an insane 3 days of action here in Hiroshima. The crowds were unbelievable and we had over 100,000 attendees visit us to cheer on the Japanese and International athletes. Sunshine, big smiles and spectators we’re on show at the spot for the World Skate FISE Roller Freestyle World Cup finals.

In the Women Final, with an insane flow and cleaver lines, Misaki Katayama took the first place, well deserved thanks to her very technical lip tricks. With a small mistake at the beginning Maria Munoz couldn't get first, but she was the most committed to drop huge tricks, and took lots of risk while going big which earned her second place. Manon Derrien, was skating with her unbeatable style, but a couple of small mistakes locked her on the third step. Special Mention to Chihiro Azuma, who would have been the one to beat today if a nasty slam yesterday hadn’t prevented her from riding today. The show was rad and girls brought a lot of fresh tricks to the ramps, we can’t wait until Montpellier to watch them dropping some more!

In the Men Final, the level of the riding in the final was incredibly high but once again no one could stop Joe Atkinson. He has been skating everyday in the off season and it showed. He looked even better than he did when he won the overall FWS 2018 title last year which we didn’t think was possible. In his run today the 720 on the step up was remarkable as he worked his way round the course picking different lines and landing unique tricks. He was scored 84.66 points by the judges to narrowly take the win. He said “ the crowd was amazing, the course was amazing, everything was sweet it was a great day.”

In second place was who many consider to be the world's best vert rider Yasutoko Takeshi. The crowd were going wild for their local hero from Kobe, Japan. The air he was managing to grab was unreal as he literally flew around the course. Judges awarded him 84.00 points to take the second step on the podium.

In 3rd place was the Australian mad dog CJ Wellsmore. He went wild in his run packing in trick after trick, the alley-oop 270 over the box and the Fakie 5 were notable. He improved from his first run and scored 83.00 points and take 3rd place. 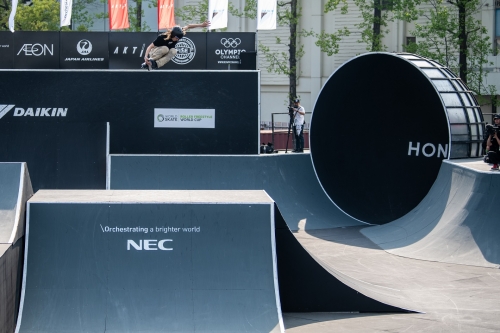 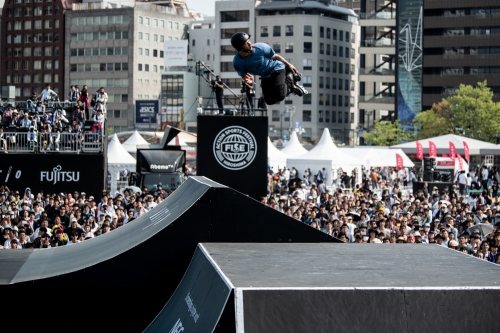 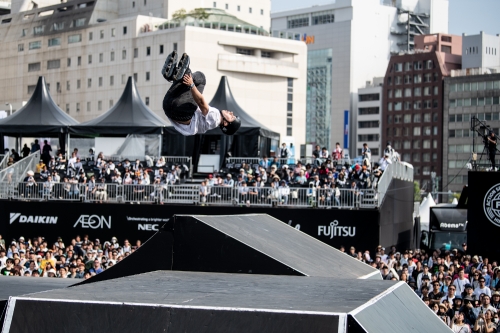 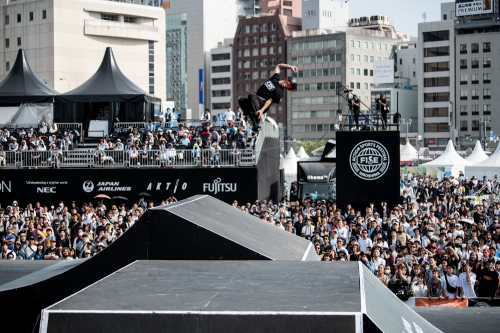 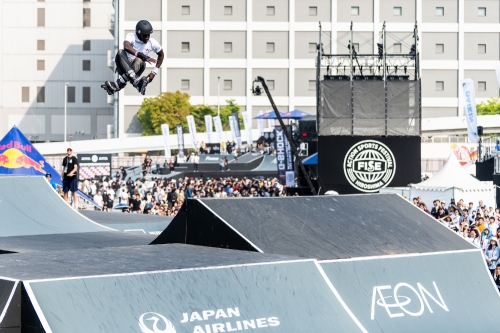 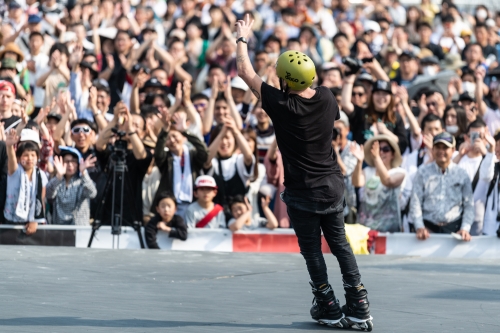 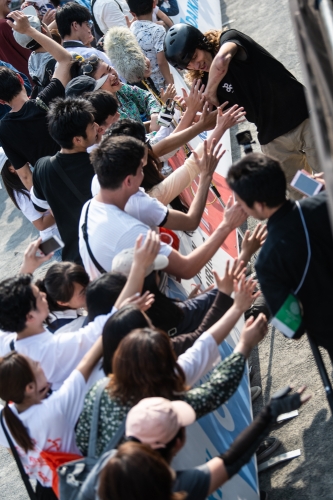 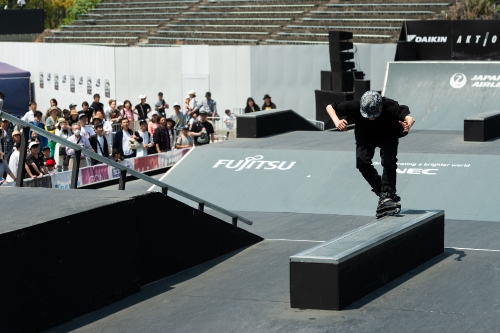 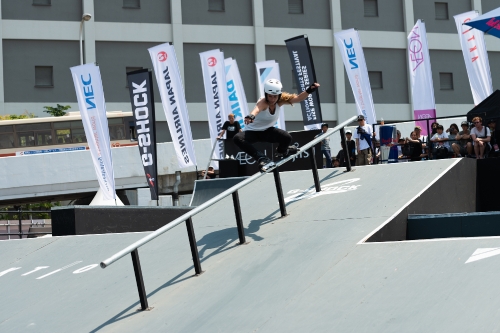 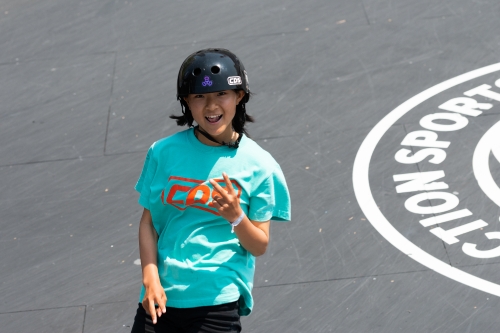 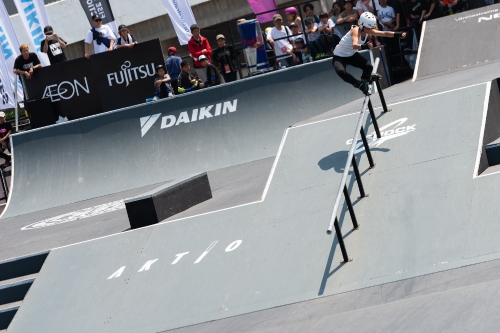 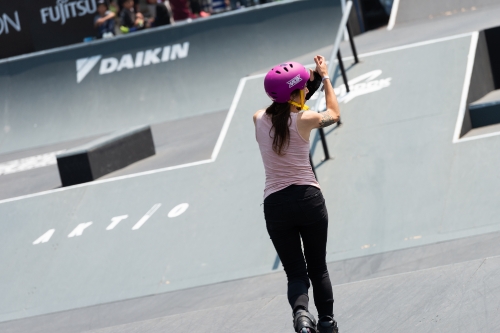 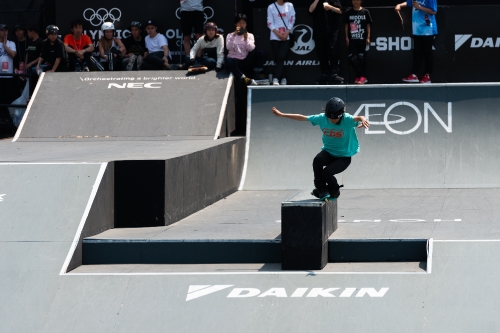 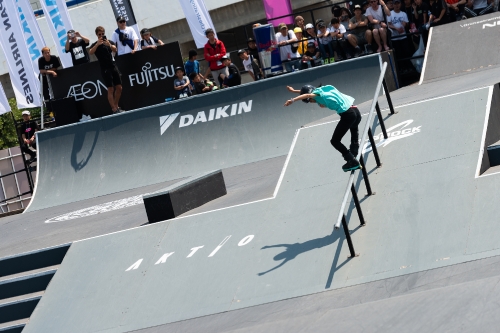 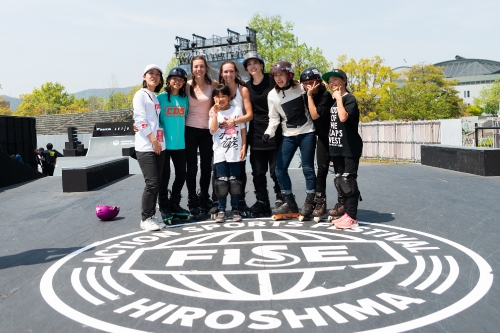 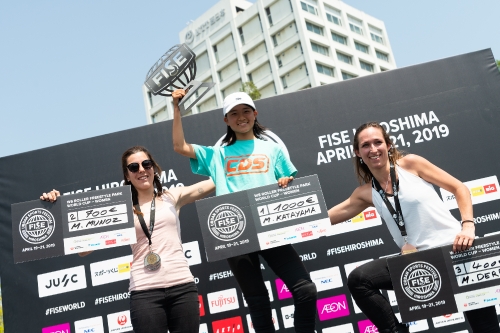