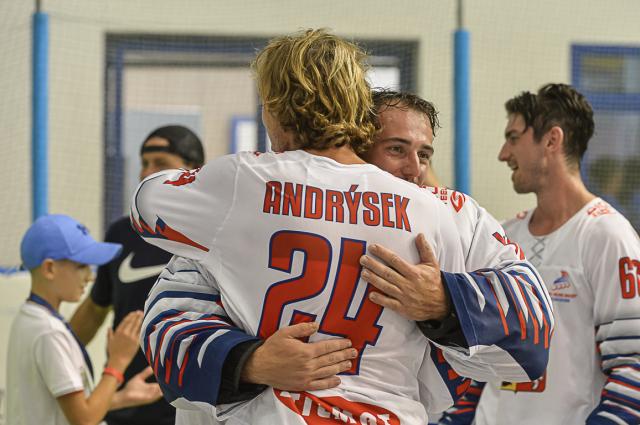 The Sun has set on the 2021 Inline Hockey World Championships, and already work has begun to build on this years successes and continue to strive towards excellence in this amazing sport.

Before we look forward to Birmingham, USA for the World Games, or to Buenos Aires for the next World Skate Games, it is worth reflecting on the achievements and stories from this “miracle” year for inline hockey. Conditions facing the world from the ongoing pandemic have affected everyone at all levels of this sport, including every team, national federation, World Skate organisers and all players and individuals involved. Due to the extraordinary effort, dedication and sacrifice, somehow despite the odds we pulled it off, and what a show!

We have a new Women’s world champion, the French team winning gold in style and finesse! And drama and excitement throughout the Men’s competition, with the mighty Czech Republic raising another trophy high above their heads. Their opponents Canada had their own dramas in their opening rounds and the challenging final, but earned their silver medals in the end, and with much new talent to watch out for.

There are also some great stories and triumphs across the rankings, as many teams have established a new reputation as potential entrants into the top level of international inline hockey. Watching the performance of Spain in both Men’s and Women’s shows this federations intention to contend for medals at every competition. The exceptional talent and enthusiasm from the Namibians, representing all of Africa, and the good work put in by some dedicated coaches to develop the sport in that continent, brimming with potential. Superb performances from Chinese Taipei and the warm and energetic Indian teams, who were such honourable and determined competitors. Even though they are at the beginning of their journey, they showed that there is no stopping the growth of this sport in emerging markets, such as Asia, Africa and South America. And how about the Latin American sides, Columbia and Argentina as just examples, now going past emerging and well into demanding a place at the top table among the best of traditional North American and European performers.

Great sporting drama, and great personal stories of triumph over adversity, as teams and players found themselves thrown together last minute, and often playing together for the first time. Never mind some young talent coming abroad and debuting for their countries, with all the risk and challenge involved. They turned up and demonstrated sporting attitude, and the best spirit of competition that is truly unique among the inline hockey family. There was even a marriage proposal live on the floor, which is just another example of the kind of special bond that inline hockey players have with each other. We wish them many long and happy years together, wheels off and on! But now we are turning all out attentions to the next big events in 2022.

The World Games and the World Skate Gamere are all being planned and developed as we speak. World Skate Inline is working on our successes and building on what we have learned, and that has already started. 2022 is shaping up to be the biggest year yet for world inline hockey, so stay tuned to this website for all the developments, and a regular feature leading up to the games that will follow all our progress towards our exciting new horizons. Inline is back! And its coming bigger than ever, so join us for the ride!

Below you can check the list of the qualified teams for The World Games 2022 that will be held in Birmingham,USA.

Teams will be divided into two groups: