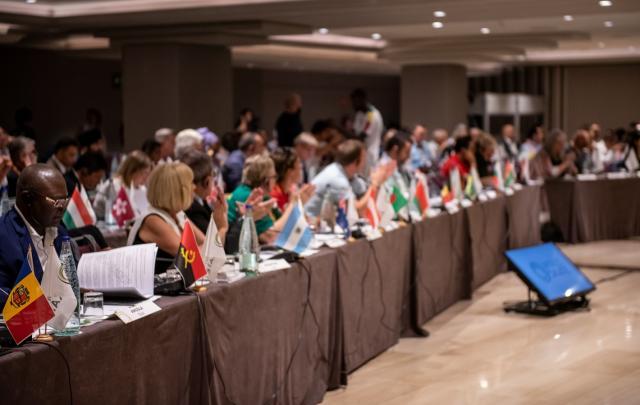 On November 27th, the CONI "Salone d'Onore" in Rome will host once again the World Skate Elective Congress. 70 NGBs will reach Rome to attend the Congress and 34 will participate remotely: due to COVID-19 pandemic restrictions, the delegates will be allowed, in fact, to attend the Congress both on site or connected by a voting platform.

Here below the candidatures submitted to our offices and meeting the requirements set out in Article 14 of the World Skate Statutes.

Here the Agenda of the Congress that will be live streamed on www.worldskate.tv