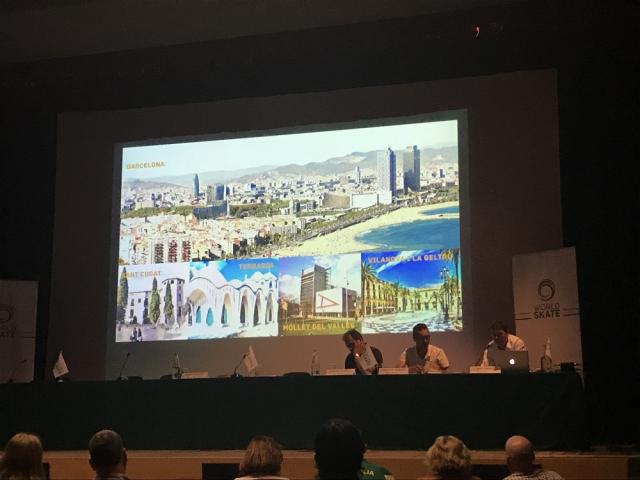 Today the tournament stopped in Asiago and Roana to let the athletes recover after an intense competition week. But the inline hockey movement did not rest at all as in the Millepini, a theatre close to the Hodegart arena, the first ever Inline Hockey Global Summit took place. More than 60 delegates from all over the world attended the summit: it was the opportunity for everyone somehow involved in the inline hockey to share visions and projects about the next future of the discipline.

The World Skate Secretary General, Roberto Marotta, kicked off the meeting welcoming the people attending and then passed the floor to Alberto Lastrucci - Inline Hockey Technical Commission Chairman. Mr Lastrucci talked about the status of the discipline and some projects already going on that are supposed to setup new interesting assets. Martin Mecera (Czech Republic) - Team Manager, Charles Sgrillo (USA) - Coach - and Theo Fontanille (France) - Athlete, had the opportunity to present an analisys of the movement needs from their point of view with the aim to put together a kind of file rouge for the following round table.
Many ideas, projects and visions have been put on the table and in the next few months it will be up to World Skate to analyse and define the following steps in order to ensure that the growth of the discipline will follow the requirements that came to light today. For sure, another important meeting will be the International Seminar for coaches and Referees to be held in Rome (Italy) on 21-23 February, 2019.
Back to competitions, tomorrow the Opening Ceremony and the Junior Men and Senior Women Finals will take place in the Hodegart.